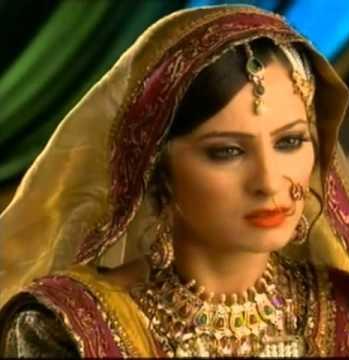 Balaji Telefilms' popular historical show Jodha Akbar on Zee TV has been appreciated a lot and has gained an applause from its viewers for depicting the love story of Jodha (Paridhi Sharma) and Akbar (Rajat Tokas) along with historical facts well in the show. Well with an interesting revelation the viewers would be more attracted towards the show.


Well as seen in the ongoing episodes Ruqiya (Lavina Tandon) is expecting a baby and Jodha is continuously taking care of her so that she is away from Jalal. But the viewer's are aware about Ruquaiya's intentions. She is just doing all this drama to keep Jodha and Akbar away from each other.

Ruquaiya's fake pregnancy news will not be hidden from anyone more as Jalal will come to know about it soon.

It will be very interesting to see if Jalal can forgive her for this big lie or not. Till then keep reading this space for more updates.

Pals2411 6 years ago Paridhi Sharma, Rajat Tokas and JA rocks!...But end this Rukaiyya fake pregnancy track ASAP with a deserving punishment to her!

LA59 6 years ago RAJAT TOKAS YOU ARE THE SOUL OF JODHA AKBAR SHOW...LOVE YOU A LOT AS JALAL!!!

RagSia 6 years ago Poor Ruqs!
Only Salim can now save her from turning complete Psycho!
Love Jodha-Jalal!

Seema1987 6 years ago Love you rajat tokas..ur are awsome as jalal

--Jenelle-- 6 years ago finally. i couldn't take any more of ruqs lies. waiting for this moment... Akdha rocks