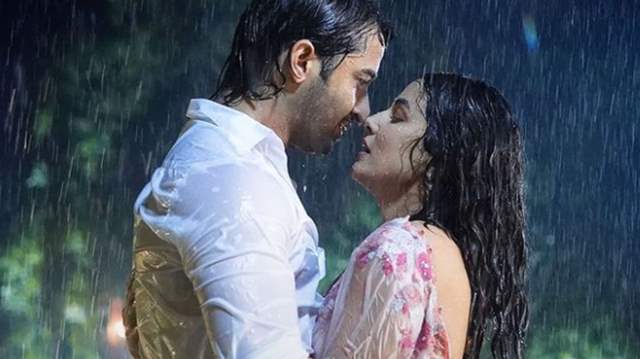 Following their collaboration on the songs "Baarish Ban Jaana" and "Mohabbat Hai," actors, Hina Khan and Shaheer Sheikh will now be seen showcasing their chemistry in the new song 'Runjhun'.

The official poster for the music track was unveiled on Instagram by Hina and others on Tuesday. The couple can be seen in the picture holding hands and seeming utterly smitten with one another. They can be seen drenching in the rain while embracing each other.

Sung and composed by Vishal Mishra, ‘Runjhun’ is written by Rashmi Virag. The song is scheduled to be out on August 25. Hina and Shaheer shot for the video and Delhi and documented their tour through social media. They had also captured the attention of their fans while thry gorged onto lip-smacking delicacies of Delhi.

Shaheer recently shared a video on Instagram showcasing him and Hina visiting Chandni Chowk in Old Delhi to savour some of the area's well-known food items. “We are in the middle of the streets in old Delhi near Chandni Chowk and we want to have dinner in Kareem*s… The OG Kareem,” Hina can be heard saying in the clip.

Hina and Shaheer share a great bond and it is quite visible from their adorable social media banters.

Now fans are eagerly awaiting the song 'Runjhun' whose teaser will be out shortly.