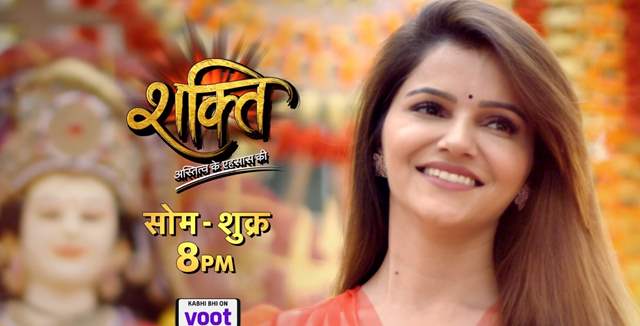 Actor Rubina Dilaik, who is riding high on the grand success that winning Bigg Boss 14 gave her but ever since then, she has actually been more busy than ever. With back-to-back music videos and her mega return to Shakti... Astitva Ke Ehsaas Kii, things couldn't have been better for her indeed.

Talking about her comeback at length in an interview with ETimes, Dilaik talked about her reasons for coming back and how it isn't just for a few episodes.

First talking about her exit, Dilaik said, “With the pure intention of being with 'Shakti-Astitva Ke Ehsaas Ki', I chose to become the guardian of a 6-year old child on the show. Now, they cannot drag the story with that plot for long and they had to take a leap to show the kid grown up. Makers had no other option but to show Saumya as a mother figure to a 25-26-year-old. As an artist, it was not like it was not a challenge to play a 50-year-old, but in the story only if the driving seat was in my hand. I am a person who likes to take the entire responsibility of the show, now the responsibility was to be with someone else and I was only there to be seated in the adjacent seat and I could have seen it as a lavish place to be where I get a good per day but that was not challenging for me."

Interestingly this new track is apparently exactly what Dilaik suggested and had even come up in one of the meetings she had when planning to quit. She said, "Now I have something exactly the way I had envisaged. That time around, the concentration was perhaps on the big leap they were taking. Jis soch ko lekar I had left the show, ussi soch ko respect karte the makers have got me back. I am very excited about my return. I have adopted my baby again. And let me tell you that it's not just for 3/4 episodes; it's going to be sufficiently long."

When asked if she's missing Vivian Dsena (who has also been approached but isn't confirmed to be back yet), she said, "Well it's certainly a bit different in that context. In fact, I called Vivian after signing up that I am coming back on 'Shakti- Astitva Ke Ehsaas Ki. But all said and done, it has been a pure homecoming."

The fans have been excited all along and will be all the more.