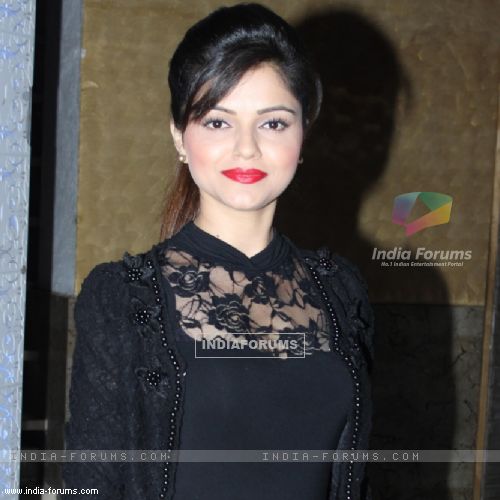 Beautiful Rubina Dilaik who was seen in SAB TV's Jeannie Aur Juju will now enchant the audience with her splendid performance in SAB Ke Anokhe awards. Though she is seen performing at many events but this time she is all set to woo her fans with an exceptional performance using a harness.

Rubina will be seen performing on a harness for the very first time. Well her performance is surely be going to entertain and amuse the masses.

TellyBuzz contacted the actress to know her excitement for the performance and she says, "It is super fun to do an act on harness. It killed my fear and adds on the nervousness. I am very much excited for my performance. I will be performing on the two foot tapping songs Hawa Hawai from the movie Mr. India which will be on harness and the second is Maaya Maaya from the movie Guru which will be without harness."

TellyBuzz wishes the actor good luck for the performance!

kanirubina 6 years ago your performance was superb... you are my super star love you rubina di

chotibahoo 6 years ago Looking forward to watch your performance. You look so adorable

oldamma 6 years ago I'm very excited to watch your performance. All the best

masumasrilanka 6 years ago Rubina Dilaik waiting to see your wonderful performance .you were looking ravishing on red carpet.please ask those jobless grisar not to put a dislike on my comment.miss see you on screen.

flowerlilly 6 years ago Rubi very excited to see your areal act.am sure u might have killed it.

radhika5 6 years ago so awaiting your LIVE performance.
Heard you were just fantabulous and daring to perform live at the award show