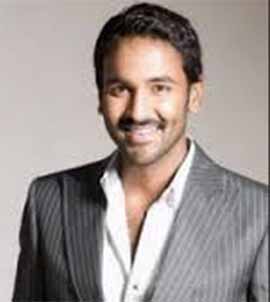 Actor Vishnu Manchu, who has teamed up with Ram Gopal Varma for the forthcoming Telugu action-drama "Rowdy", says it will be the filmmaker's best movie since the 2005 release "Sarkar".

Vishnu also feels that the film will a befitting reply to critics, who have been complaining about poor quality of southern films.

"I think after 'Sarkar', this is the best film he has made. RGV has made this film far better than 'Sarkar'. I also feel it will be an answer to a lot of critics who keep saying we don't make different films and end up having run-of-the-mill kind of stories," Vishnu told IANS.

"Although 'Rowdy' belongs to the RGV genre of films, I still feel it's his best in a long time. We are all excited about the film because it also features my dad (Manchu Mohan) in an amazing role," he added.

In the same breath, Vishnu clarifies that it is "definitely not" a Telugu remake of "Sarkar".

"Unlike 'Sarkar', our film is more commercial and I have an action image in 'Rowdy'. There are also a lot of fight sequences, which people are looking forward to. For instance, there's an 11-minute-long action sequence just before the interval. Even climax portions in films don't have such a long fight sequence," he said.

Known for making successful films such as "Shiva" "Satya", and "Company", RGV had his last few outing such as "Department", "Bhoot Returns" and "Satya 2" bombing at the box-office.

"Success and failure are two sides of a coin, and nothing is permanent. Both success and failure never stay too long. Every film that gets released all over the world is made with the intention of being successful. Nobody would want to make a bad film," Vishnu said.

"The kind of films Ram Gopal Varma has made, I don't blame him because sometimes the filmmaker gets lost in the process of making a film. What he thought will work might not have worked at the box-office every time," he added.

Vishnu, who has worked with directors such as Sreenu Vaitla and Veeru Potla, admires the "crazy commitment" of RGV.

"When we are not shooting, I've only seen him in the editing room or recording studio. I haven't seen him anywhere else. It's so amazing to see the kind of crazy commitment he has towards his project. He doesn't relax for a minute," he said.

"He starts shooting exactly at 7.30 a.m. ... He only let's my dad take a lunch break between 1 p.m. and 2 p.m. There have been instances when I've told him that I'm hungry and he would say that if you're passionate about films, you shouldn't be hungry," Vishnu added.

Vishnu says that before "Rowdy" he hasn't seen his father in such a powerful role.

"I don't think in the last 15-20 years my father has done such a powerful role. I would rate this as his best film in his career. I know other directors would find this difficult to digest, but once they see the film, I'm sure they will agree with me," he said.

Hathras case: Kangana Ranaut says 'Have immense faith In UP ...
9 minutes ago

Akshay Mhatre talks about the importance of a mother's hand ...
3 hours ago