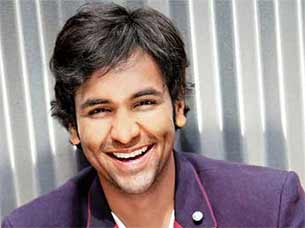 After working in three back-to-back commercial entertainers, actor Manchu Vishnu, who will soon be seen in Ram Gopal Varma-directed Telugu action-drama "Rowdy", says the film has changed him as an actor.

"It's probably for the first time that I have done a film without comedy. I feel that as an actor, I have changed a lot with 'Rowdy'. It's a commercial film with a strong dose of tear-jerking moments. Ramu has extracted the best out of me in the particular role I'm playing," Vishnu told IANS.

"Post 'Rowdy', I'll ensure that I pick up roles that are contrary to each other. I have also learnt a lot as an actor from RGV and I hope to incorporate it in my life going forward," he added.

The film is slated to release Friday.