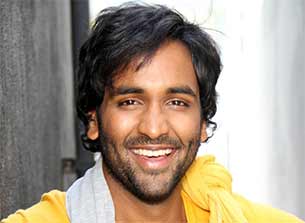 The US arm of actor Manchu Vishnu's production house 24 Frames Factory will release his Telugu action-drama "Rowdy" in over 50 multiplexes Thursday. Indian audiences abroad can watch the film for a price of $10.

"Rowdy's interest has grown beyond India and the excitement for the film in America has brought more cheer for its distributor 24 Frames Factory. Over 50 plus multiplexes in the US have zeroed in to screen the film," read a statement from the production house.

"It is a big moment for the Telugu film industry as the moviegoers in the US are raring to go and watch the most anticipated Telugu film this summer with its big pre-release buzz gaining global momentum. So, we wanted to ensure that the audiences in the US experience the magnificence of the film's intense drama, action and song sequences in top notch multiplex cinemas," the statement added.

The price of the film's tickets is not inflated.

"The biggest surprise of all is that the show tickets are not inflated. Incredible as it may seem, you can walk into the top and best multiplex and buy 'Rowdy' movie ticket for $10," read the statement.