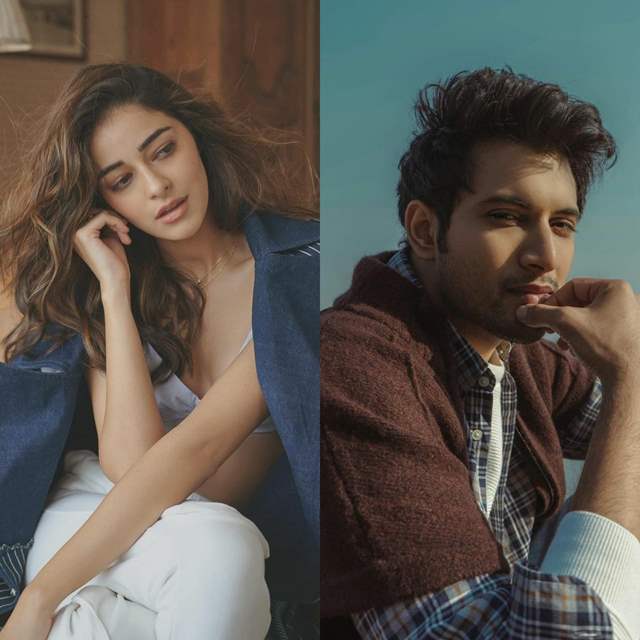 Ananya Panday has made a huge name for herself in a very short time period in Bollywood. Ananya has worked with a lot of young actors who belong to Bollywood's next gen and already is becoming a part of the wishlist of many other actors.

Recently in an interview with leading entertainment website Rohit Saraf was asked a few interesting questions and guess what his answers were!

Rohit, who himself is not much old in the industry was asked, "Which female actor he wishes to work with in films", followed by the next question, "One celebrity he finds is a snack other than himself".

Without any second thoughts, for both the questions, he promptly replied, "Ananya Panday". Adding further he said that she is very good looking. "I think Ananya looks very good", said Rohit.

The duo were also spotted together in an ad commercial recently and in the short but sweet commercial they looked good together with their onscreen chemistry being bit of a tease. The new pairing are also famous on an individual level with their respective sets of fans.

Rohit is still a developing star while Ananya herself is learning the tricks of the trades as she climbs steps of Bollywood one by one.

On the work front, Ananya has not only been delivering good amount of work so far but has also come a long way since her debut days as she becomes the youngest actor to have a Pan-India film in her kitty.

So far she has worked with Bollywood youngsters like Ishaan Khatter, Kartik Aaryan, Tiger Shroff. Siddhant Chaturvedi and Vijay Deverkonda's name will soon add to the list.

She will be next seen in Liger, her Pan-India film with Vijay Deverakonda which also marks her debut in Telugu cinema. Directed by Puri Jagannadh, the film will release in five languages including, Tamil, Telugu, Hindi, Kannada and Malayalam. She is also working with Deepika Padukone and Siddhant Chaturvedi for Shakun Batra's untitled next.