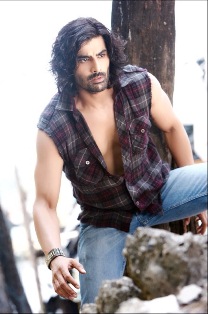 Actor Rohit Bakshi who is been on a hiatus from the small screen is all set to enter Veera as a reality show host who also plays the role of a mentor.

Our source informs us, "Rohit will be doing a cameo and will be seen playing the role of Dev, a reality show host, who has had a tough journey to reach where he is today.  His track is positioned across Shibani Kashyap as both have walked down the same path but through different roads.  Rohit will be seen with long hair and a more mature look which people haven't seen him in yet on television."

When we contacted Rohit the actor confirmed saying, "Yes I am doing a cameo in Veera.  It's a character with a grey shade which is always interesting to play and I love the fact that the character is a mentor to new singers.  It's a mature character and I really loved the graph he has had in his career."

Rohit had taken a break from the small screen and hasn't been seen on TV lately which sparked rumors on whether he's been trying for films. When we asked the actor he said, "A lot of people thought I have taken a break from television for movies but honestly its not the medium but rather the quality of work and the character that matters the most to me. I am and always have been open to television. Veera came my way and with a character I loved which would take me out of my own comfort zone and hence here I am playing Dev. I am hoping to take up more of such interesting roles in the future."
5 Likes

Shaina_b 6 years ago Rohit is a great actor and fantastic to see him in this show!!!!

I am sure he would be a great help to Ranveer!!!!