Earlier, we reported that Sony Entertainment Television is coming up with a magnum-opus historical show Rani Padmini of Chittod, which will be produced by Production Designer/Art Director turned Producer Nitin Chandrakant Desai. 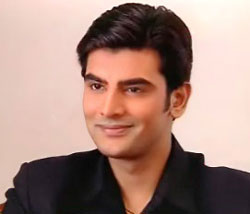 Featured Video
We had also reported that a new face Tejaswini will play Rani Padmini while the popular Bollywood actor Mukesh Rishi will essay the role of Allah-ud-din Khilji.

Now adding up to this, Telly Buzz gives you exclusive news on the male lead of the show.

"Talented and known actor Rohit Bakshi will be essaying the role of Padmini's husband and the ruler of Chittod, King Ratnasen", informs our source.

Ratnasen was a brave and noble warrior king, and apart from being a loving husband and a just ruler, he was also a patron of the arts.

The handsome Rohit Bakshi wooed his audiences as Piyush in Kahiin Toh Hoga. He played the dutiful son-in-law of Tulsi Virani in Kyunki Saas Bhi Kabhi Bahu Thi. Rohit was also seen playing a grey character in Balaji Telefilms' Kaajal. Recently, he was seen playing a cameo in Kumkum and was also seen in Smriti Irani's Mere Apne on 9X.

According to our source, "The show will be a daily and will take a prime time slot. The launch of the show will happen in the last week of May, but nothing is clear about the time slot".

We tried calling Rohit Bakshi, but his cell was switched off.

Our efforts to get a confirmation from the channel too failed, as we did not get any response at the time of filing the story..

Watch out this space for more on this magnum opus show..

Even though he was fab in Mere Apne his work went unnoticed!!!

But its great finally he will do a lead role again!!!!

anyways all the best to Rohit

+ 6
13 years ago Lol...Is he supposed to die in this show too??? Since its called - Rani Padmini of Chittod??Lol....just wondering....coz almost all his characters are killed off !