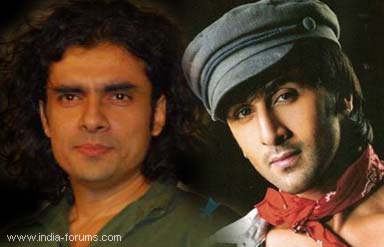 New Delhi, Sep 20 The Hazrat Nizamuddin dargah got wooed by Bollywood when the 'Rockstar' team of actor Ranbir Kapoor and filmmaker Imtiaz Ali visited the shrine to seek its blessings.

They revelled in the divine musical atmosphere created by the qawwals and also belted out a qawalli number from the film and enthralled the gathering.

Singer Mohit Chauhan, who is the voice of Jordan, Ranbir's character in the musical film, also accompanied the duo, along with producer Hiren Gandhi of Shree Ashtavinayak Cine Vision Ltd.

All of them covered their heads with a saafa (turban) and paid their respects Monday night by offering a 'chaadar' at the tomb of 13th century Sufi poet Amir Khusrau, who is known as the founder of qawaali, khayal and tarana music.

After that they joined the qawwals at the Dargah to celebrate the conclusion of the four-day annual urs of Amir Khusrau.

Ranbir and Mohit also performed on 'Kun faaya kun', a qawwali from 'Rockstar'.

Ranbir, who was dressed in a cream kurta teamed with a pair of jeans, played the guitar himself, while Mohit of 'Masakalli' fame rendered the soulful number. What followed was an hour-long qawwali session.

The dargah holds a special place for the 'Rockstar' team. Ali frequented it during the shooting of the film and Ranbir too stayed there for a couple of days while shooting for the qawwali scene in the film.

Oscar-winning composer A.R. Rahman, who is behind the melodies of 'Rockstar', has also often expressed his reverence for the place.

'Rockstar', also featuring Nargis Fakhri, is about a young super-successful musician, and his tryst with love. The film releases Oct 11.