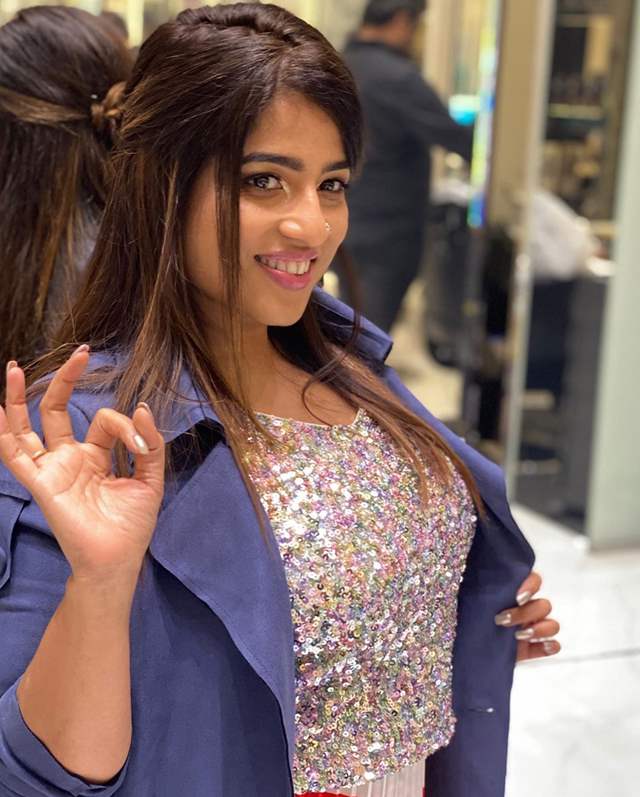 RJ Malishka who will soon be seen in Colors TV reality show Khatron Ke Khiladi Season 10, spoke to us about her experience in the show, her preparations, Bigg Boss 13 and much more:

How was your experience in Khatron Ke Khiladi?

First of all, I have been watching Fear Factor in both English and Hindi since many years and I always used to imagine if I had to do this then what would I do. Earlier in Fear factor, they also used to give you things to eat. That doesn’t happen now, thankfully. So that was already a deciding factor that okay, let’s do it. But that doesn’t mean that you are spared from a lot of things.

My journey was extremely fun and anxiety driven. I have said this before as well that when your contract is being made and when you are supposed to ask money, at that time keep a separate amount aside because you will have to get therapy once you come back. I am not even kidding about this, once I came back I was shaken for a while so the therapist told me that the trauma is in the body.

I was like it’s in the mind but then he was like no, it remains in the body. So I would  suggest if you have any such traumatic experience, even if it was fun and even if it was just a game show, you should definitely go to therapy.

What were your preparations before participating in the show?

Actually I didn’t get a lot of time to prepare. I was diving in Andaman and there I was asked if I wanted to go to the show and there the network is as close to nothing. From there I was calling people saying that I want a leave because in radio you have to be there almost every morning.

I am glad I got that because I like to do many things. It’s been like that from the start, I wanted to act, host, sing, dance, do everything. In those 15 days, I learnt diving and swimming.

You did two reality shows on the same channel back to back, was it a conscious decision to do only the reality shows?

Colors TV is my Karan Johar. It also has some great shows, I did Jhalak a few years back. I go to Bigg Boss every year. I really enjoy going inside and grill the contestants. Khatron Ke Khiladi was just a natural fit.

Were you somewhere image- conscious because Jhalak is about dancing but here you have to do different stunts every time?

Absolutely, I would like to tell this to people now that I have cried a lot. Even in Bigg Boss, people say that this contestant is my favourite, I don’t like this contestant but the pressure that they face inside the house, it will get your worst side out anyhow. Even in Bulgaria, you are thinking all day and night that what will be my stunt tomorrow, whether I’ll win it or not?  what will be my stunt tomorrow, Will I die in that? Will the cockroaches eat me? This is all you are thinking 24/7, it’s a lot and lot of stress and in that stress if someone speaks sweetly to you, then you start crying.

Talking about the bonding, with whom did you have the best off-screen bonding?

Adah Khan. We went to the movies together and did lots of stuffs.

As you said, you go to the Bigg Boss house every year to grill the contestants but will we see you as a contestant in the house anytime soon?

No. The reason I also did Khatron Ke Khiladi was because I loved the idea of a stunt.

Have you followed the current season of Bigg Boss?

Who doesn’t like gossiping about Bigg Boss, we keep talking about it on our radio station.

I have not followed it deeply but I really find Shehnaz cute.

"Never Felt Anything After Contracting COVID-19" Says Brian ...
12 minutes ago