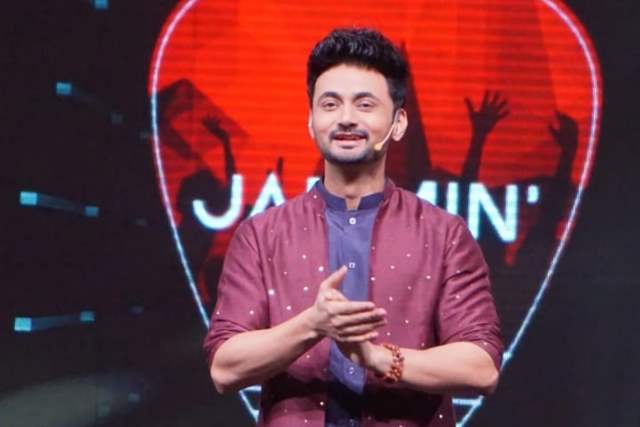 After two successful seasons, the third season features Anmol as the host, which also marks his debut as an anchor on television. The weekend show has industry bigwigs like Kumar Sanu, Alka Yagnik, Javed Ali, Udit Narayan and Bappi Lahiri performing live on it.

We got in touch with RJ Anmol for an exclusive conversation where he opened up about bagging the music reality show and his special prep.

You are a popular name in Radio, how does it feel to now host a show on Television?

When I came from Delhi to Mumbai, I had many dreams, one being wanting to venture into television as a host. I was waiting for the right show and I really wanted to do something related with music and now that Jammin has happened, it has all fallen in place. For me, music is about having a divine experience.

Tell us about your prep before hosting the music legends on your show?

I will not deny, I do prepare in depth but its not something that you can see practically. When I say I prepare, it is not just reading about the artist. For example if I have Javed Ali on my show, so before coming on stage, I'm only listening to Javed Ali's songs in my vanity back to back. That is also a preparation. It's all about filling yourself with the artist and then going on stage and speaking to them. At that point, your heart will automatically choose the rights things to say at the right time and that's what makes an anchor good or bad.

Would you consider being a part of reality shows?

I would like to host one but I would make for a very boring contestant as a participant.

Meanwhile, RJ Anmol and wife Amrita Rao have embraced parenthood and will soon be welcoming their first baby. We spoke to Anmol about the same.

Follow this space for the second part of this interview.