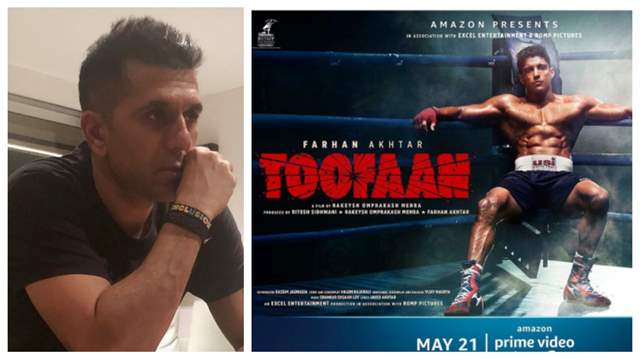 It came across quite a shock indeed when it was confirmed that mega film Toofan will now only be releasing in Amazon Prime Video directly as opposed to coming in the theatres. But that's what the case is and while the film will be having its trailer coming in tomorrow, producer Ritesh Sidhwani opened up on producing the film.

Continuing his long withstanding association with Farhan Akhtar and Excel Entertainment, Sidhwani said, “At Excel Entertainment, we always try to tell stories that touch the heart and soul of the audience. We consistently strive to develop new concepts which can entertain and enlighten the viewers. With Toofaan, we are presenting an inspirational sports drama that presents the story of a goon from the streets of Dongri set against the backdrop of boxing, his fall and triumphant comeback against all odds in life. Excel Entertainment in association with ROMP Pictures is very thrilled to announce this special film. Our long-standing partnership with Amazon Prime Video has been brilliant and Toofaan is yet another exciting chapter and association for us at a global level.”