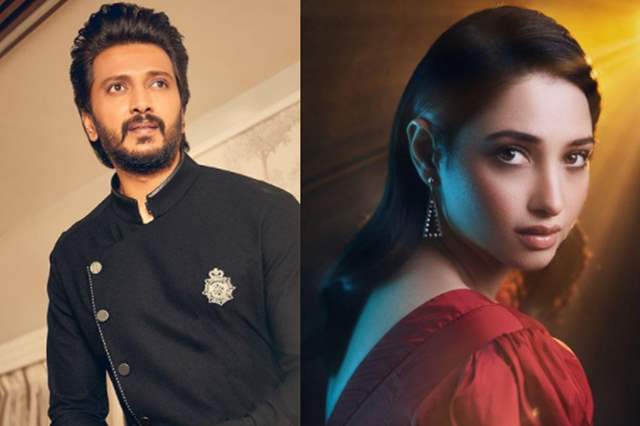 Actor Ritiesh Deshmukh does have multiple projects in his kitty already where one of them is going to be Sairat director Nagraj Manujle's directorial film based on Chhatrapati Shivaji Maharaj and another obe being the mega franchise, Housefull 5.

However, apart from these films, it seem Deshmukh has other projects lined up too and one of them is going to be his production.

Reports suggest that Deshmukh is gearing up to produce a comedy that will have him in the lead and actor Tamannaah Bhatia. In fact, according to reports the film is being planned for a direct to web release and will feature Deshmukh and Bhatia in lead roles.

And as we know, apart from being a great comic actor, Deshmukh has been a successful producer too with films like Balak Palak, Yellow and Mauli among others. Deshkmukh's wife, Genelia Deshmukh is also involved with the production of this still-untitled project.