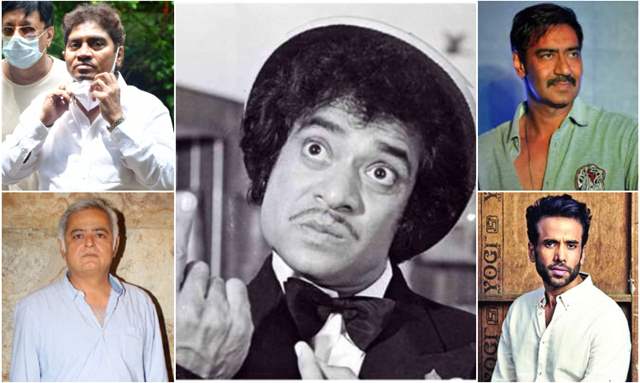 Veteran Bollywood actor Jagdeep reportedly passed away in Mumbai at 81. He was best known for his role as Soorma Bhopali in 'Sholay' and died on Wednesday at his residence in Bandra.

In a career span of 61 years, Jagdeep has been a part of over 400 films. He was best known for his iconic character Soorma Bhopali in the film Sholay. He also performed the role of Salman Khan’s father in the 1994 film Andaz Apna Apna.

Taking to his Twitter handle, Ajay Devgn wrote: “Heard the sad news of Jagdeep Saab’s demise. Always enjoyed watching him on screen. He brought so much joy to the audience. My deepest condolences to Jaaved and all members of the family. Prayers for Jagdeep Saab’s soul.”

Johnny Lever Tweet read, “My first film & the first time I ever faced the camera, was in the film #yehrishtanatoote with the legend himself #Jagdeep bhai. We will miss you...May his soul rest in peace Our prayers & deepest condolences to the family,”

“Condolences @jaavedjaaferiand to the entire family. He will always be cherished and remembered with a broad smile. I hope people get to see a film called Muskurahat by Priyadarshan sir to witness his brilliance. It is one of my favorite Jagdeep saahab performances,” Hansal Mehta wrote in his Tweet for the beloved actor.

Even Manoj Bajpayee took to his Twitter handle and wrote, “Rest in peace Jagdeep sahab !! Thank you for all the memories that I have watching your films and performances in my childhood!! You will be missed by us all!! Condolences to the family!!!”

Check out Tweets from other celebrities:

Mohit Kumar: Surviving in Mumbai without work is tough; it's ...
52 minutes ago