View Profile
It seems that the tide has turned for one of B-Town's most hot and happening actresses, Priyanka Chopra. Though she has famously maintained a close relationship with Shahrukh Khan and his family since early on in her career, their bond has reportedly soured. 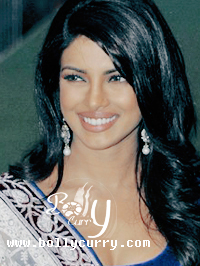 After attending the Khan's Eid Party, sources claim that the actress was completely shunned by her former friends. They further add that not only did Gauri Khan ignore Priyanka, but she also kept other guest from interacting with her. While Hrithik Roshan attempted to take the initiative and greet Priyanka, Gauri sneakily pulled him away to join another group.
Rumor has it that the only reason  Priyanka even remained on the guest list was because the family didn't want to create a media frenzy by uninviting her at the last minute, but they do not plan on calling her over for any future events.
While it is unclear what caused this rift between the witty pals, we hope it's mended soon as the industry has no shortage of bitter break-ups.
Author: Amisha L.
Editor: Lola & Gunia.
Graphics: Shikha.
5 Likes

Pooja Bhatt: "Alcohol was my drug of choice", Opens Up about ...
3 minutes ago

Taapsee Pannu: Will ‘break all ties’ with Anurag Kashyap if ...
45 minutes ago