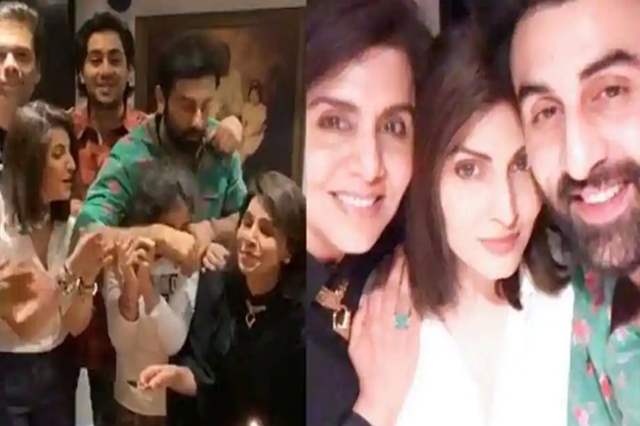 It has been over a couple of hours since it was confirmed that actors and father-son duo, Amitabh Bachchan and Abhishek Bachchan both tested positive for coronavirus. And ever since that happened, the world of social media has been pouring in with their wishes praying for their speedy recovery. It was all the more sealed as it was themselves who informed the same to everyone through their social media profiles.

Amidst all this, there were rumors that even Ranbir Kapoor, Neetu Kapoor, and director Karan Johar contracted coronavirus where Bachchan's grandson, Agastya Nanda attended Neetu Kapoor's birthday bash and owing to that.

However, Ranbir's sister, Riddhima Kapoor took to Instagram to rubbish those claims and even slammed these rumors altogether. She said, "Attention seeking ??? Least verify/ clarify ! We are fit We are good ! Stop spreading rumours ! #lunatics," wrote Riddhima to a tweet that read, "Confirmed: #RanbirKapoor, #NeetuKapoor and #KaranJohar also test positive for Covid19. #AgastyaNanda grandson of #AmitabhBachchan attended birthday party hosted by #RiddhimaKapoor."

The person in question soon deleted his account after getting bashed for spreading fake news and creating so much panic. Kapoor Sahni also mentioned that everyone in their family is fit and fine.

We are glad these rumors are now clarified.

Hrithik Roshan's Emotional Post for Jadoo: "Some Friendships ...
22 minutes ago