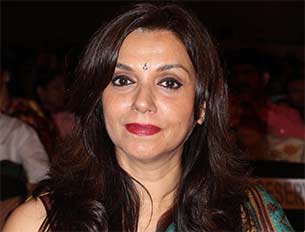 Indian actress Lilette Dubey is helping her "The Best Exotic Marigold Hotel 2" co-star Richard Gere develop a taste for Rajasthani dishes, and he is said to be trying them with fervour.

Gere, who has visited India several times as a goodwill ambassador for AIDS campaigns and for his Buddhist activities, is in Udaipur to shoot for the Hollywood film.

"Richard loves the local cuisine. But he is wary of the spices and mirchi (chilli). Lilette and her two daughters Neha and Ira helped him pick the dishes with the minimum masala. The three ladies have also taken Gere sightseeing in Udaipur," said a source from the unit.

The cast of the sequel, directed by John Madden, comprises a distinguished bouquet of British and Indian troupers both old and young, including Judi Dench, Tom Wilkinson, Maggie Smith, Dev Patel, Tina Desae and Lilette.

Gere is eager to learn more about Bollywood.

He is even said to have asked for a Bollywood-styled romantic song to be incorporated in the screen romance with Lilette.

"It makes sense to have a romantic number filmed on them. Lilette plays a very attractive middle-aged Indian who runs a run-down hotel where Gere descends as a guest. Romance blossoms between the two. They are now thinking of incorporating an old romantic Hindi song to accentuate their togetherness," the source said.

Lilette is all praise for her co-star.

"My scenes with Richard are coming out well. He's warm and friendly with everyone, including my daughters. When my girls came to visit me here in Udaipur, Richard was so charming," she said.

Sunny Singh on his Lockdown Birthday: I enjoy a quiet celebration over ...