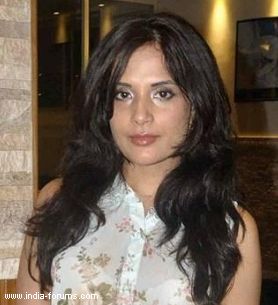 Actress Richa Chadda is excited that her film "Words with God" will premiere at the Venice Film Festival in August. She says she will try to persuade the producers of her next film to reschedule the shoot dates so that she can attend the fest.

The film is an anthology comprising eight movies circled around the message of god, and the story featuring Richa is directed by Mira Nair.

Now, busy Richa will have to find a way to accommodate a week in between to fly in and out of Venice.

"It's exciting and rewarding for any actor whose film gets selected for a film festival on an international platform. I am grateful that first with 'Wasseypur' ('Gangs Of Wasseypur') and now 'Words with God', I have got an opportunity to be a part of prestigious platforms like Cannes and now Venice Film Festival.

"I am supposed to shoot for a film through August-September, but I will try persuading my producers to reschedule the shoot dates a bit so I can travel. My producers are extremely accommodating also because it's a foreign team and they do realize the prestige of being associated with 'Words with God"," Richa said in a statement.