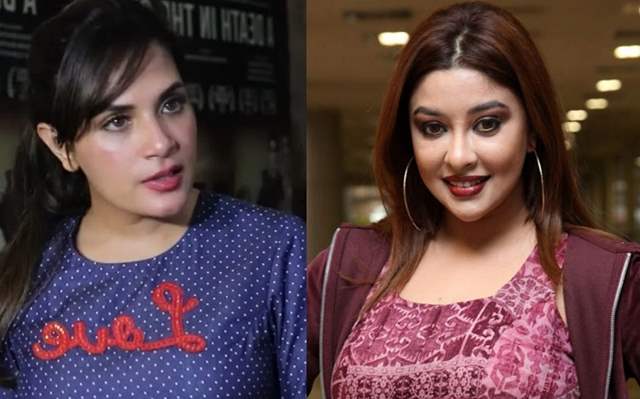 On behalf of Richa Chadha, her team has released an official statement:

"Richa Chadha is elated with the outcome of the Case and is thankful to the Hon'ble Bombay High Court. The Bombay high court has accepted the consent terms as an undertaking to the Hon'ble Court in the Suit with Payal Ghosh giving Richa Chadha an unconditional apology and withdrawal of all statements defamatory posts also including videos and also agreeing not to state, make, publish, republish any defamatory, insulting, humiliating statements against Richa Chadda related to the subject matter of the Suit and/or any issue, dispute, complaint, suit, action, controversy, nefarious activity and/or criminal activity between Payal Ghosh and any person/party.

The case with Kamaal R Khan continues while his statement is already recorded by the Hon'ble Court that he has no intention of repeating his tweets and that he will not make any similar remarks or the the statement made by Payal Ghosh on Twitter or any other media, while the news channel has agreed to withdraw its videos from all its platforms and has agreed not to republish them along with agreeing for an injunction against them. 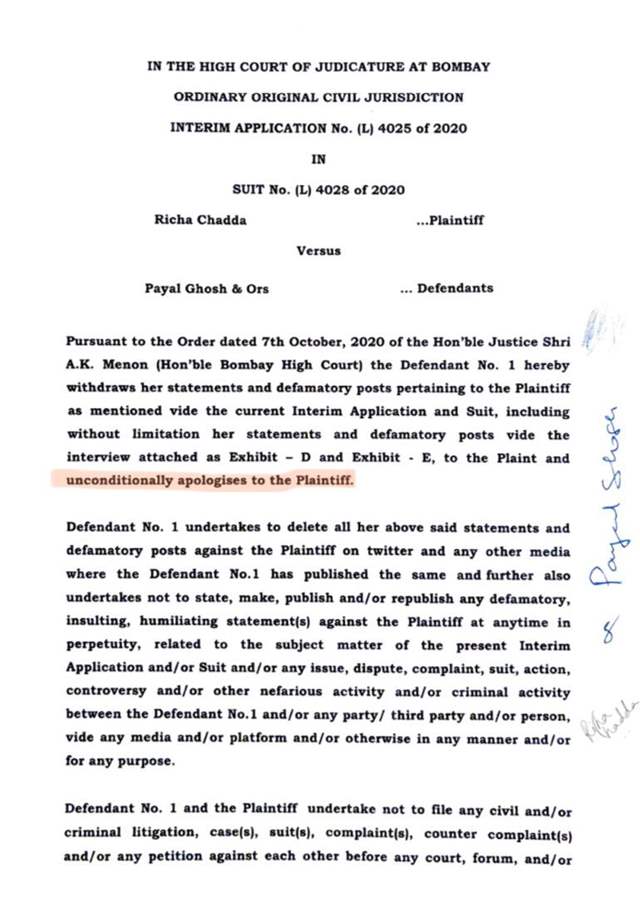 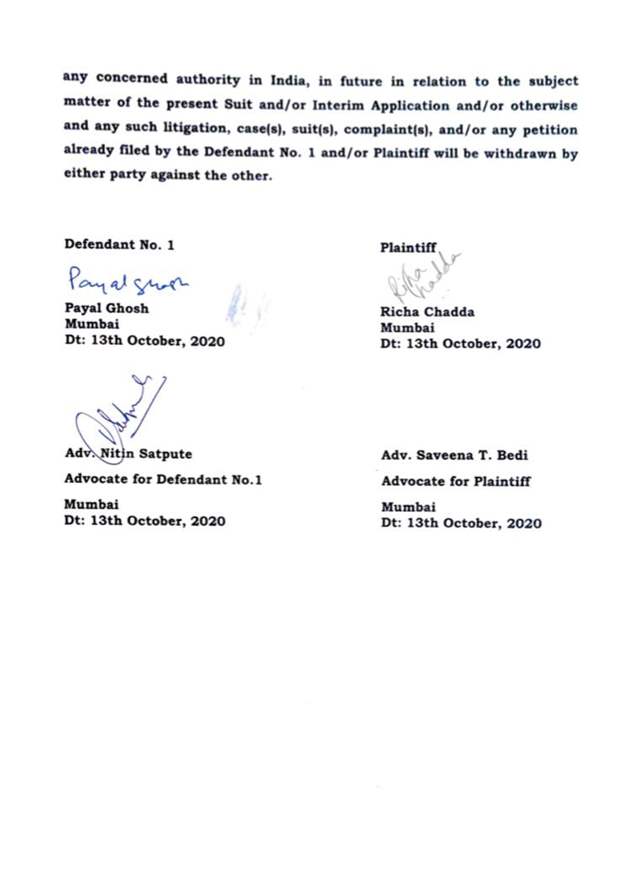 "I have got a lot of confidence and thrill": Richa Chadha learnt to ...