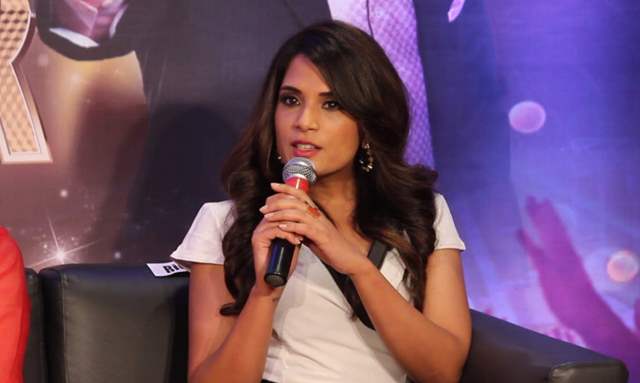 Richa Chadha is quite outspoken about social issues and voicing out her opinions. She has repeatedly spoken about the migrant workers’ plight, racism and she even creates fun on her social media with her ‘online news service’ and puppet show with her favourite Einstein toy.

While several celebrities have come forward to help the government to provide necessary rations for migrant workers the actress did her part amidst this health scare.

However, despite raising her voice against social issues, some tend to put her opinions and thoughts in a box. This ultimately leads to her views being wrongly politicised.

A Hindustan Times report quoted her talking about maintaining this balance as she said, “I haven’t analysed it that way. My timelines define me. Whatever I feel for or enjoy, I share that. It’s wonderful if I’m being able to put across certain things. We need both serious and fun interactions right now.”

However, she also says the crisis has wrecked much havoc in our life and we need to be prepared. She believes there’s more to come.

“So many offices, small businesses, studios have shut. People are going out of work. We saw people dying due to hunger. We all must figure out a survival plan for this year at least. I don’t know after all the trouble these migrants faced, if they’d come back to work. If they don’t, how would these factories survive,” she asks.

As a humanitarian gesture, the actress donated food to a local gurudwara, which provided food for the daily wage workers and assisted the unemployed in this difficult time. Previously she also spoke about ‘Mental Health’ and even issued an apology for the Bipolar joke she cracked last year.

Richa further spoke of how in the last few years the narrative that’s being followed in judging people has become weird.

The Section 375 actress explains, “Things I say are often politicised without understanding the real intention. Yes, I want to know about the condition of our health system, economy etc because all these would affect my loved ones too. I’m also a migrant. Since I’m in a better position than many others doesn’t mean I can’t ask questions.”

Lauding everyone, including people in power, helping each other, she says it’s good that “world over people are questioning systems” which is starting discussions that can bring a change.

Earlier, Richa Chadha has penned a note on the occasion of World Health Day, stressing on the need to maintain mental health in the times of coronavirus outbreak.

Richa Chadha issues an Apology for the Bipolar Joke she made last ...

'It Took me Many Years of Unlearning to Gain Confidence and Start ...

Breaking
Breaking After shooting from home, Aamna Shariff back on the sets of ...
8 minutes ago

The Kapil Sharma Show family welcomes their own family as ...
12 minutes ago

Lawyer reveals Rhea Chakraborty was struck off from the list ...
35 minutes ago

Kangana Ranaut lashes out at nepo kids once again as she ...
57 minutes ago

Anupamaa' goes a little hatke, actors record song in their ...
58 minutes ago

review
Review 'Bandish Bandits' Hits The Right Tunes With its Acting ...
7 hours ago