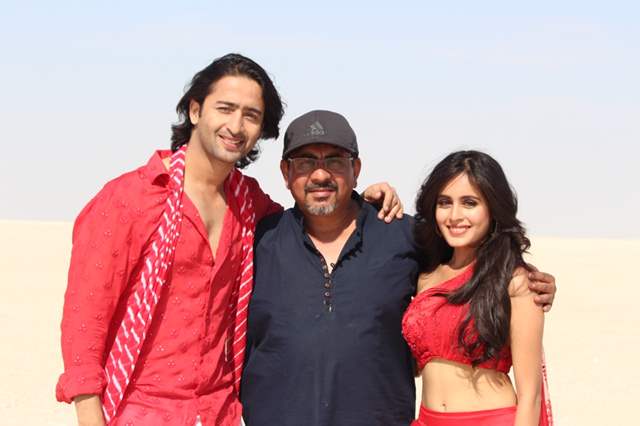 Rajan Shahi is popularly known as the 'king of relationships' of the small screen and Rhea Sharma, who plays the female protagonist in his show 'Yeh Rishtey Hain Pyaar Ke' couldn’t agree more.

The beautiful actress essays the role of Mishti in the popular show, while Shaheer Sheikh is seen as Abir. Their on-screen couple is popularly called MishBir and is one of the most famous pairs of the small screen.

She said that she was very excited to get the role and added, “Rajan sir is famous for creating great pairs on-screen, which people always remember. And the chemistry also comes out really well in his shows. After hearing the storyline, I was very sure that the show is going to be amazing. I felt connected to it as an audience too.”

“And I never thought that MishBir will become so famous. I am not so active on social media, but I keep hearing that people call us the ‘best jodi’ and every other week we are trending on Twitter. I think the chemistry has really worked. Shaheer is a superb actor, and I feel that if you are working with a good actor then it shows in the performance too. I think I am blessed to work with Rajan sir and such a great cast,” she added.

The show recently went on-air after a long gap of three months. And her character is seen going through an emotional turmoil now. Talking about the new twist, she said, “Mishti was leading a very simple life before an incident happened. There was a guy who was trying to molest her, and in self-defence she ended up hitting his head with a rock. So, she is in this guilt and gets panic attacks, and she’s going through PTSD. And it’s a very sensitive topic that she cannot even share it with her family.”

She further added, “Abir is trying to protect her as much as he can and is her only support in this difficult time. This is something new for me as an actor and will see Mishti in a new light. Though it’s a little challenging to portray this side of Mishti, it’s fun too. The feedback from the viewers is very overwhelming. So, we are glad that it’s working.”

The new twist also saw the Rajvansh family welcome Varun Soni, essayed by Ruslaan Mumtaz. The actress had earlier worked with him for an episode of “Laal Ishq” and mentioned that knowing each other made it easier for them to work together.

“There’s a comfort working with him because we already know each other. Ruslaan is a very sweet guy, so whenever he is on set, it’s a lot more fun. And he has adjusted quite well with the whole team. The chemistry also comes out because there is no hesitation. And he is good friends with Shaheer too. So the set environment is very chilled out,” she concluded.

"Yeh Rishtey Hain Pyaar Ke" airs Monday to Saturday at 9 p.m. on Star Plus. It is produced under Shahi's banner Director's Kut Productions.