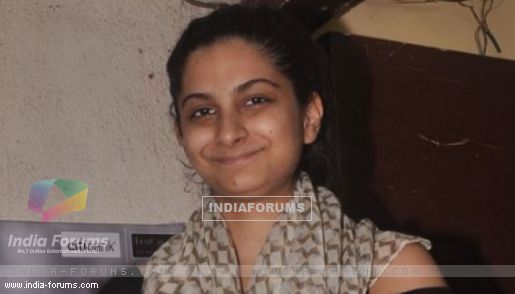 Bollywood actor Anil Kapoor's daughter Rhea Kapoor, who had made her debut as a producer in 2010 with "Aisha", says she would definitely want to venture into the small screen.

"We are expanding as a company. We are looking into venturing into television, but a lot of time and energy is needed for that," Rhea, whose father had produced and acted in "24" - the Indian remake of the popular US thriller TV series of the same name, told IANS.

"The kind of product '24' was, a lot of time has been given for that so any other project that we take up, we will give its own time. We will do it patiently and do it well. Yes, I am certainly looking at television," she added.

Rhea's second production venture "Khoobsurat(2014)" hit the screens almost a week back and says the film's actress Sonam Kapoor, who is also her sister, has taken "more risks than any of her contemporaries".

"So more power to her. I like a lot of things that she does and some don't excite me. But we are very close," said Rhea, who worked with Sonam in "Aisha" too.

Meanwhile, Rhea is happy with reviews of "Khoobsurat(2014)" and said: "I didn't expect this kind of review. I am very happy. It puts back faith in the idea that girls can make movies. It's great and fantastic."