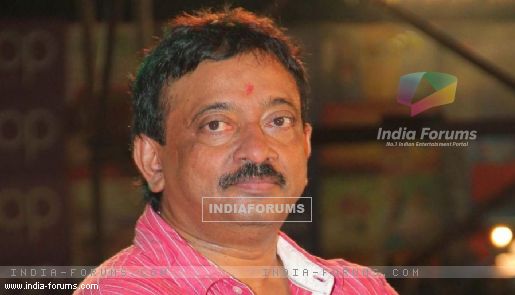 Actress Mrudhula Basker aka Naveena, who features in a sensuous promo song for Ram Gopal Varma's (RGV) upcoming Telugu thriller "Ice Cream 2", says she was never "forced to do the song" and that the filmmaker hasn't exploited her.

Reacting to the posts on social media claiming Varma exploited her, she said: "I was explained the context of the song. Ramu sir never tried to exploit me."

"We sat down and discussed the song before I agreed to do it. I really liked the song because it's an English number in a Telugu film, which is unique. But nobody is seeing that," Mrudhula, who was re-christened as Naveena by RGV, told IANS.

She also says that there is a thin line between being glamorous and dirty.

"If a particular look doesn't look vulgar to me when I see myself in the mirror, I wouldn't mind doing it. If it's vulgar, I won't do it. This is a sensuous song and as an actor, I have tried not to make it look dirty," she said.

"I also did it because of my faith in RGV sir. People said that I accepted it to get noticed. Of course, any actress would get noticed for this kind of role. When there's a way to get noticed, what's wrong in using that?" she said.

Shooting for the song was Naveena's biggest challenge because she had not done something like this before.

"I wanted to be confident and comfortable while doing it. We shot the song in a forest and walking bare feet wasn't easy. All this made the whole experience very challenging," she added.

Naveena, who plays an "ultra modern aspiring actress" in "Ice Cream 2", was signed in "20 minutes".

"RGV liked my pictures and wanted to meet me. Everything was finalised within 20 minutes. Working with him was like a marathon because the entire film was shot in seven days. He used the flow-cam technology and a lot of improvisation was done on the sets," she said.

"We were never asked to rehearse before the shoot. I was never given the dialogues in advance to prepare. We did everything on the sets," she added.

Naveena, who has a Tamil film ready for release, wants to do an "out-and-out commercial film after "Ice Cream 2".