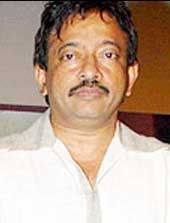 There is no doubt that Ram Gopal Varma is best known for his gritty gangster films.  After hits such as Satya and Company, the director may have branched off into the horror genre, but is now back to doing what he does best!


Whilst Phoonk 2 is gearing up for its release, we hear that the filmmaker is secretly gearing up for his next! Temporarily titled Department, the movie will explore the ignoble mysteries underlying the relationship between the cops and the mafia.


Whilst it's hardly a new storyline (after all, the 80's and 90's are littered with virtue inspiring tales of the 'corrupt officer'), Varma feels that approaching the matter has never involved such daring, as Department will.


Whilst neither the details, nor the star cast has been finalized, BollyCurry is excited for this new project and no doubt, we believe that RGV will come back with a blast!