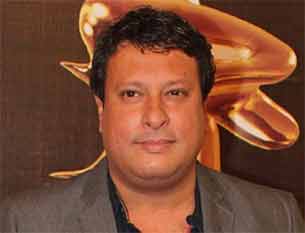 "I have seen 'Revolver Rani' three to four times during editing and whenever I see it, I find something new in it. Yeh ek classic ki nishaai hai (It is a sign of a classic). Its a B grade entertainment... everybody will like it.

"This film is an unpredictable film and you can't predict whats next in it. The script was written so well by Sai that I had to tell him that we dont have such good actors," Dhulia told reporters during the press conference for "Revolver Rani" here Thursday.

Sai Kabir, who has directed "Revolver Rani", said: "It was a great experience... we shot the film in Chambal. Its a black comedy and its a political film."

Star Plus' Ghum Hai Kisi ke Pyaar Mein To Go To Nashik For ...
3 minutes ago

Deepika Says 'Maal' Was Code For Cigrarettes; Denies ...
54 minutes ago

Yami Gautam and Vikrant Massey collaborate for Mohsin ...
5 hours ago

review
Review The Confession Review: The film Relieves all the Serial ...
5 hours ago
View More
TOP