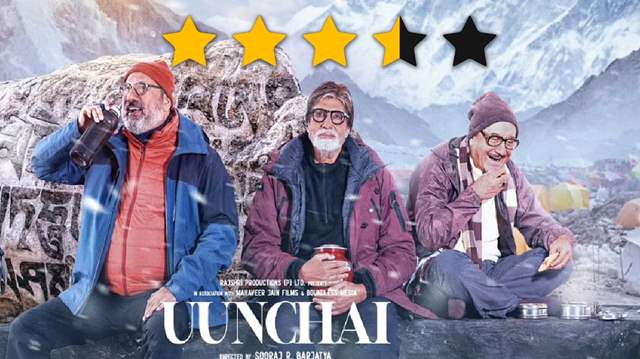 It has been seven years since Sooraj Barjatya made a movie and even though cinema in general has changed left-right, and center, we never imagined that the director would diverge from his usual direction style to give us a film without any family drama at its heart. With Uunchai, Barjatya strikes the same emotional chords as he did before, albeit with a slightly different approach and how.

The veteranized version of a 'friends trip' film 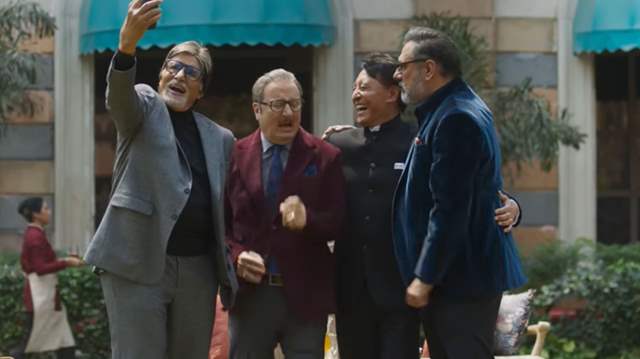 Unnchai revolves around the lives of 3 friends Amit (Amitabh Bachchan), Om (Anupam Kher) and Javed (Boman Irani), who brace themselves for a trek to the base camp of Mount Everest, owing it as a last wish to their deceased friend Bhupen (Danny Denzongpa). As the trio strives to conquer both their physical and personal emotional barriers, the journey evolves into more than just a trek. It has light-hearted moments celebrating friendship and sub plots heaved on emotions, giving off ZNMD vibes. 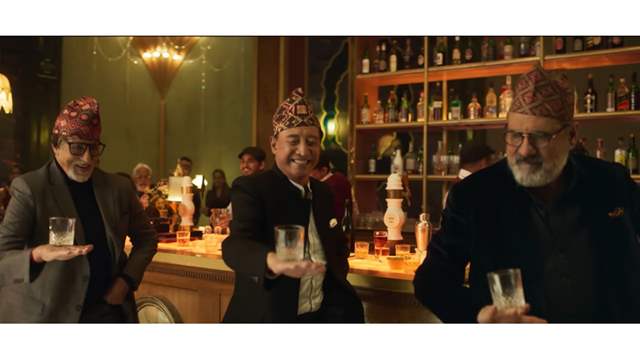 Prior Barjatya movies strongly emphasised on the concept of joint families and the interconnectedness of all family members. His core message lingered on the characters' reliance and close connection, which served as the impetus for their happy ending, be it 'Hum Aapke Hai Kaun' or 'Prem Ratan Dhan Paayo'.

But in Uunchai, this connecting factor is eliminated or, better yet, bent. And that is how takes on different approach in dealing with personal issues and finding yourself in this lost world, rather than chant 'Hum Saath Saath Hain'. However, Barjatya manages to add his elements with his storytelling and conviction to the plot. He even develops tension with the subplots, while giving them a hunky dory yet justified closure. 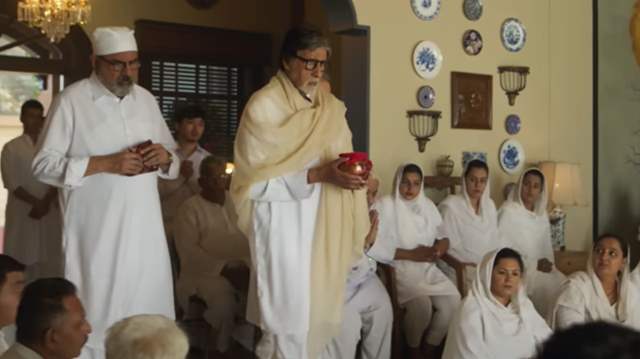 Again, Barjatya films tend to be a little lengthy than the usual ones and Uunchai keeps up with the trend, but the runtime is where it falters.

The first half is all breezy, with surprising humour patches, but lacks brevity. The 2nd half is where the actual narrative breathes, but is amped up with unavoidably challenging tension; some of it verges on having to suffer for the sake of suffering. 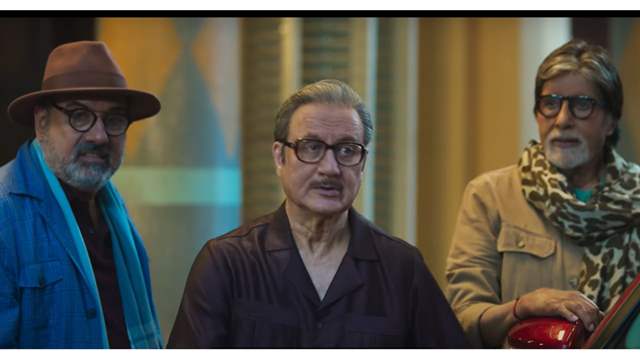 Every actor onscreen, is a master of their craft when it comes to performances. The four pals share an undeniable chemistry that makes it easier to discern their objectives. Amitabh Bachchan once again proves what makes him one of the finest actors alive, with an ability to switch from comical to sombre in the space of a single frame.

Om is excellently played by Anupam Kher, and his character also has a unique trajectory, giving it a deep arc and transition in the 2nd half. Boman Irani and Neena Gupta's on -screen chemistry is just cute and you will surely chuckle on their old -school love banters. Seeing Sarika on screen after a long time gives you a sense of perfection. Parineeti doesn't have much layering to her character, but she fits well for her role. 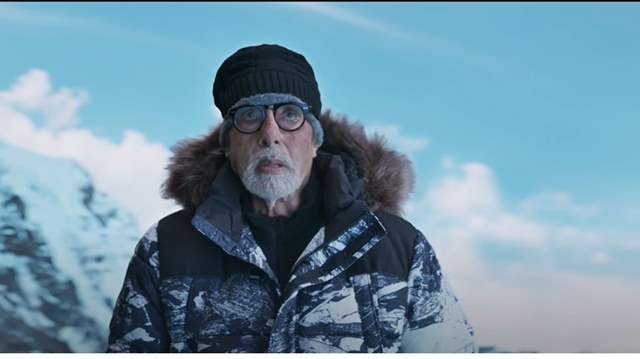 The film begins with landscape shots of the mountains giving it an aesthetically pleasing touch. The closeup shots as well as the drone shots are breathtaking and something which we have never seen in Sooraj Barjatya films before. The film's background score fits in well and the songs are catchy. 'Haan Kar De' and 'Ladki Pahadi' breathes life into the plot, and you won't b able to stop humming 'haa kar denge' as you move out of the theatre.

Uuncahi is yet another film that you can add to your 'feel good movies' list. It celebrates friendship, life and hope, while balancing the emotions and drama with it.

PS. This time, do watch it with your friends.