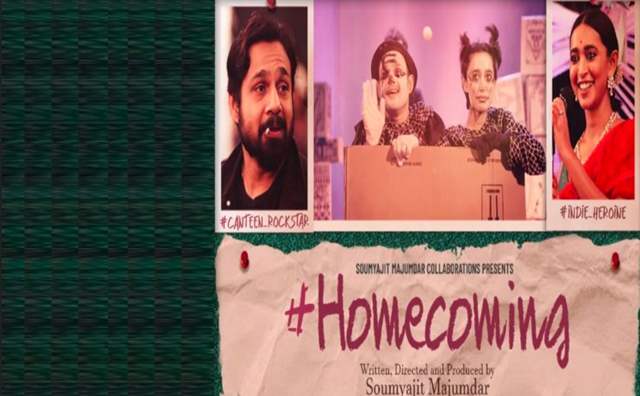 Coming-of-age. A genre that has been exploited too often to come up with projects that either turn out to be pathbreaking masterpieces or on the flip side - extremely dull and cliched. Then there has been a third kind which include the ones where you see a spark but that isn't entirely fulfilled. SonyLIV's recently released film, Homecoming falls somewhere in the mix of all the aforementioned categories.

Set against the backdrop of Kolkata’s annual spectacle of Durga Puja, #Homecoming follows the lives of a group of friends and former theatre artists as they reunite for the first time in seven years at their old rehearsal space, a bungalow that is about to be converted into the city’s first five-star heritage hotel by the Ganges. The film is essentially an ode to the festival, its roots, and its socio-cultural significance in the lives of the natives of the city, described by the makers as ‘a musical love letter to cosmopolitan Calcutta.’ 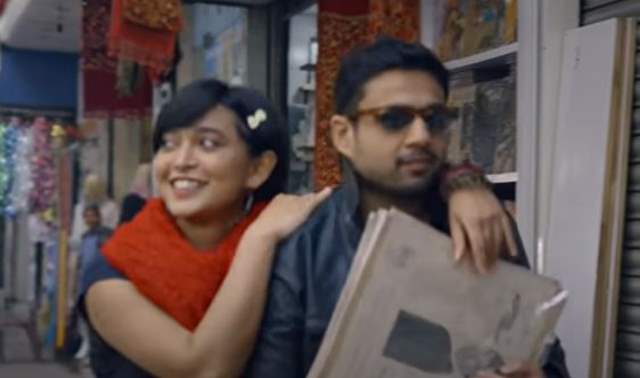 Of course, this leads to have an array of characters and parallel storylines to look at. Be it the central romance between Hussain Dalal and Sayani Gupta, or Tushar Pandey's path to finding himself again and Tuhina Das' Roopie involved in a gay relationship with Jane (Roy Angana). Right away, the film suffers with a problem that any film with multiple parallels suffer - too much in too little time.

As Gupta and Dalal's character form the central romance in the film, not only do they get the maximum amount of screentime but also a satisfactory character arc from being college sweethearts to breaking up and then reuniting at the reunion. But apart from this, what #Homecoming essentially tried a lot more is attempting to give full arcs to others which seem rushed and owing to the time barrier - convenient as well. 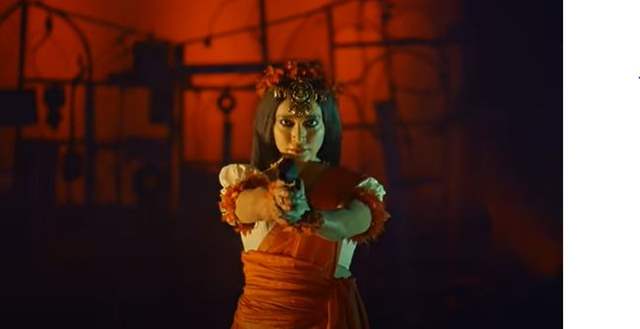 That doesn't take away the fact that the film is the kind of love letter to theatre, music and poetry that purists crave to see. The quick change of frames between characters, two brilliant original songs and Kolkata being used as a character instead of location is the kind of filmmaking one really longs to witness. Writer, producer and director Soumyajit Majumdar, who has several Bengali films to his credit makes sure to blend the art and culture amazingly into the setting of Kolkata. With an ensemble of so many young actors, he tries to give everyone a conflict which include a couple of them fighting to keep the purity of their art form alive and not succumb to the corporate sucking machine, and on the other hand, a few others who have already chosen a better lifestyle now struggling with the idea of coming back to the roots.

There are a couple of brilliant scenes in the film where one of them is a montage when Dalal's character sings a song. And a special thanks to the team behind the music for getting Mohan Kannan to sing the song -  been a while. The montage perfectly showcases the journey that Dalal's character went through without being too cliched in its execution. Another scene is the confrontation between Plabita Borthakur's character and Soham Majumdar's Godot as they meet after seven years. The dialogues exchanged in this scene between the characters are extremely relatable and impactful. 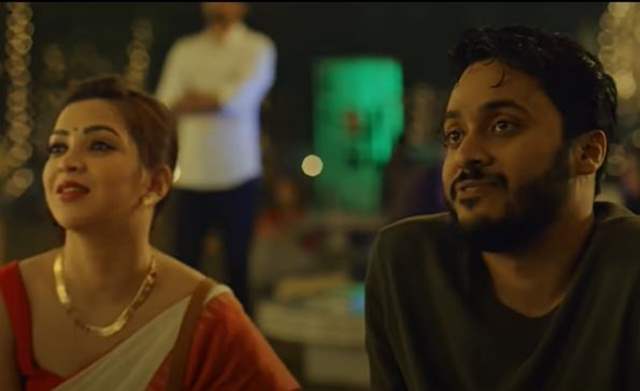 #Homecoming achieves what it primarily sets out to do - and that is writing a love letter to Kolkata with art, culture and at the same time, reality. The impeccable music and background score makes up for some of the obvious script flaws and in the end, if you have been an art lover and passionate about the creative bug inside you in anyway, you will be left with a smile almost willing to immediately call those friends from the college days, you haven't seen in the longest time.