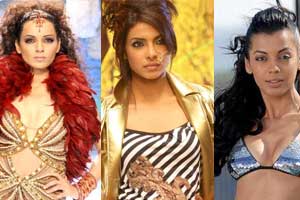 After Chandni Bar, Page 3, Corporate and Traffic Signal, Madhur has hit a master stroke with Fashion exposing the murky underbelly of the most glamorous profession in the world. Never getting preachy and avoiding stereo types Madhur efficiently handles the subject without getting judgmental even once. He has outshined himself in the technical department making Fashion the slickest product till date.


Fashion is a story of an ambitious small-town girl Meghna Mathur (Priyanka Chopra) who wants to make it big in the fashion industry as a supermodel. In the city of dreams, Mumbai starts her struggle to reach the top. Paving her way through model coordinators, portfolio photographers, talent managers, fashion designers, media moguls and business magnates she finally gets to rule the ramp. She clearly understands than the ramp calls for some attitude but with success her attitude upgrades into arrogance. And this overconfidence gets her down the slope of success. Back to square one, it's nearly impossible for Meghna to make her comeback. But she isn't the one to accept defeat. 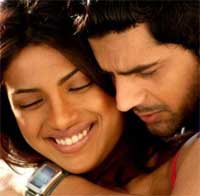 The screenplay by Madhur, Anuradha Tiwari and Ajay Monga peeks deep into the reality of the fashion world and touches every single aspect of the industry such as casting couch, gay designers, wild lifestyle of models who can't handle success, backstage dramas during major fashion shows, manipulative head honchos and attitude problems of successful people. After holding the audience's attention captive for a major portion, the screenplay tends to drag towards the finale moments. Niranjan Iyengar's dialogues strike a chord.

Playing Meghna was Priyanka's most challenging roles of her career, but she delivers the goods successfully. Kangana despite a short role ends up giving an award worthy performance. Even though it is her debut film, Mugdha Godse shows extreme confidence. Arbaaz Khan and Sameer Soni are good. Arjan Bajwa acts well. Kitu Gidwani is graceful whereas Ashwin Mushran is very likeable.

On the whole, the movie was perfect. It can make you cry, make you laugh, and even make you realise what is the real world. Bhandarkar's perfect casting also lifts the film to a completely different level. In fact one wouldn't be surprised if Madhur manages to win a National Award with this film as well! Also, perhaps for the first time his climax is not dark where the protagonist ends up being a loser! The film has a bitter-sweet ending.

Bollycurry Rating: 3.5 chillies out of 5.