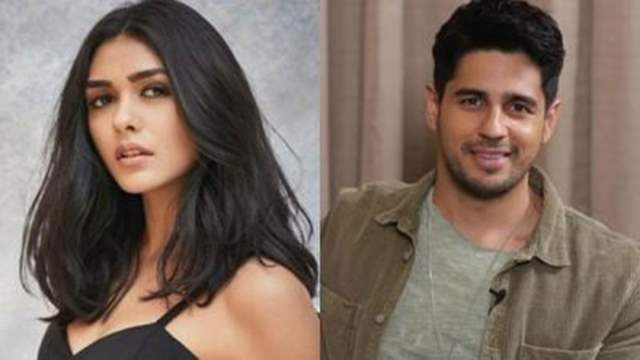 Sidharth Malhotra and Mrunal Thakur will be seen opposite each other for the first time in the Hindi remake of 2019 Tamil action thriller film, Thadam. While this was an exciting news for all fans, not much was known about this project.

After a long wait, the project has finally got its titled and will reportedly be called "Gumrah." Pinkvilla quoted a  source close to the production as saying, "The producers have also locked a title for the Hindi remake of Thadam. They are going to call it Gumrah. The title suits the narrative as the film has a lot of plot twists and turns too."

'Gumrah' was also the title of  Sridevi and Sanjay Dutt's film from the 90s.

The plot of the Hindi remake is reported to be quite similar to that of the original Tamil film. While Siddharth will be seen in a double role, Mrunal will play a top cop in the film.

The source added:  "When the makers were scouting for a young actor to step into Arun Vijay's role, they thought of Sidharth because he can play the vulnerable and the brawny well. Mrunal has been cast in the film because they needed a solid performer to pull off the character."

The duo is likely to lock their dates soon and begin shooting by end of 2020.