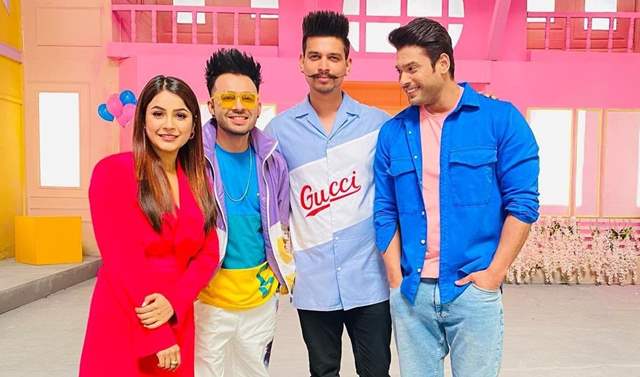 Bigg Boss 13 contestants Sidharth Shukla and Shehnaaz Gill have a crazy fan following and they love to see them together.

After giving a hit music video Bhula Dunga the two will soon be seen in another music video. It has been already been reported in the media that Sidharth and Shehnaz have shot a music video with Tony Kakkar.

The music video will be released on 25th November. On Instagram, Sidharth Shukla dropped the picture and teased fans that something interesting is “Coming soon.” He captioned the post with a red heart emoji as well.The picture sees Sidharth cutely looking at Shehnaaz as they pose for a picture with Tony Kakkar and Anshul Garg.

Sidharth and Shehnaz were shooting for their next project together in Punjab a few days back.