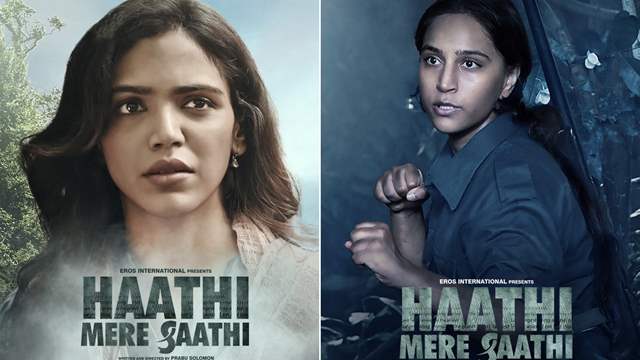 Woah! There's a tripple bonanza for the Haathi Mere Saathi fans as the makers showcased two brand new posters with its leading ladies, Shriya Pilgaonkar and Zoya Hussain. This especially on the occasion of Women's Day. Well, that's not all as the makers are also announcing the song, Dheeme Dheeme, which will be launched on 9th March.

Haathi Mere Saathi is a story inspired by multiple events and traces the narrative of a man (Rana Daggubati), who spends most of his life in the jungle, dedicated to protecting the ecosystem. Shriya and Zoya's characters too are are seen fighting for justice for the elephants and the ecosystem.

The film is directed by Prabu Solomon, an expert on films around wildlife and produced by Eros Motion Pictures.

The pan-India multi-lingual film will premiere in three languages on 26 March 2021.