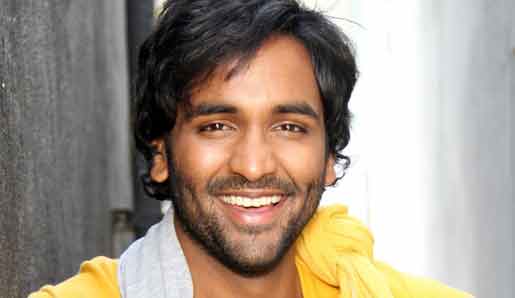 Actor-producer Vishnu Manchu, who has decided to auction his next Telugu thriller "Anukshanam", says the response to the idea has been phenomenal so far. He's confident of making profits even before the film's release.

"We have so far received about 500 enquires on the bidding. The response has been phenomenal and i'm sure that I'll be making table profits even before the release of the film. We plan to reveal the prices of all the bidders in a few days," Vishnu told IANS.

He is so happy with the response that he's decided that "we might likely auction our next film 'Current Theega' featuring my brother Manoj as well".

RGV and Vishnu collaboratively decided to auction their film.

"I'm a producer as well. I distribute movies overseas. I know the practical problems involved in distribution. When a film is released by a producer without the help of a distributor, the risk involved is very high," Vishnu said.

"There's a lot of difference in two people taking a risk of Rs.1 crore and a hundred people taking the same risk. This model of distribution helps in overcoming such challenges and mitigate the risk involved to a great extent," he added.

This model comes with a set of challenges, but Vishnu says they are nothing to worry about.

"Since many bidders in this model are not regular buyers, it will take time for them to understand the film language. But I don't think these are challenges per se because slowly I feel this platform will be used by small as well big-budget movies to bid,a he said.

Explaining more about the model, Vishu said a producer acts as "stock broker" in this process.

"When you bid for a film, you don't own its copy. A buyer can choose an area he wants to buy to release the film and then he bids for it with the producer. When both mutually agree on a price, the movie when released in that area belongs to the buyer," he said.

"The producer sends the prints to the theatres, collects the money and deposits it in the buyer's account. The producer is only acting like a stock broker. A buyer can sit at home and monitor the collections of the film in the area he owns," he added.

"Anukshanam", which is gearing up for release soon, also features Madhu Shalini, Navdeep and Tejaswi Madivada in important roles.