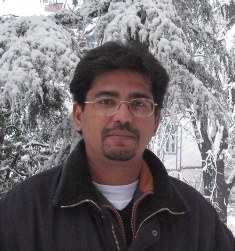 Writer-director and now author, Rensil D'Silva says his book "Kohinoor Express" has an "epic scope" and he may consider making either a film or a mini-TV series inspired by it. Work on his new film "Ungli" is also on his mind.

In an interview, the director of the Anil Kapoor-starrer Indian TV show 24 tele-series and Bollywood film "Kurbaan", D'Silva has spoken about his novel, "Ungli" and his future plans, which could include making a biopic.

Q. When is your second feature film "Ungli" releasing?

A. It is being released Nov 7. Two of my songs were not ready. I also needed to shoot one of them. The "Ungli" anthem, as we're going to call it, is yet to be shot.

Q. What made you write a novel when you are so busy with so many other things?

A. I have always done many things at the same time. The idea for my novel "Kohinoor Express" was with me for some time. Initially, I thought it'd make a great screenplay. Then I realized it had all the makings of a novel, including an expansive classic format and a period thriller with many characters. So I decided, why not a novel? I thought, why should I force it into a particular format when it has life of its own.

Q. Will you make a film out of "Kohinoor Express"?

A. I would for sure. But right now I am very happy to have it as a novel. It has an epic scope. So maybe I could make a mini-series on television. Writing '24' gave me a good idea of how innovative television can be. Now I hear other American series like "The Killing" and "Homeland" are being adapted to Indian television.

Q. Your film "Ungli" looks like an interesting dark thriller?

A. No, in fact it's a fun film. A caper tonally akin to 'Catch Me If You Can'. It's about vigilantes who strike at night. It's actually about characters who pull pranks on the system.

Q. Some of your actors' destinies have changed while you were shooting "Ungli"!

A. Yes Neil Bhoopalam, who stars in "Ungli" found fame as a lead in "24". And it's one of Randeep Hooda's better performances. And my leading lady Kangna Ranaut is quite the 'Queen' right now. She has a fun role. But not playing it for laughs.

Q. And Sanjay Dutt's last release for a while?

A. Unless he is in Rajkumar Hirani's "Peekay". He is fabulous in my film. He plays a cop his own age. He completed his his entire work.

A. I will decide only after "Ungli" is released. Maybe a biopic. Finally the nation is open to true stories. I loved "Bhaag Milkha Bhaag". What a performance from Farhan Akhtar. There are so many Hollywood adaptations, rom-coms and south Indian remakes happening.

I'd rather do television than one of this me-too things. That's far more exciting right now. I'm proud to say "Ungli" is absolutely original. Not too many vigilante films have been made in the country. It's an anti-corruption film that is not angry, bitter or violent. I'm confident about the film.

10 years ago he is such a talented singer.. good luck to him