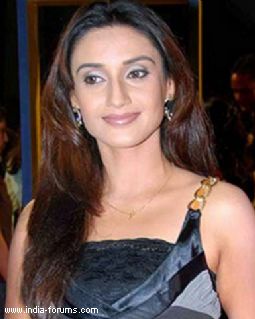 New Delhi, Nov 24 The title of Zee TV's new show 'Hitler Didi' has upset the US-based Anti-Defamation League (ADL), which wants the channel to give it a less offensive title.

'The name Hitler doesn't belong in the title of a soap opera, and we think the producers of this program have made a terrible error in judgment that can only be remedied with a title change,' Abraham H. Foxman, ADL National Director and a Holocaust survivor, said in a statement published on the League's website.

'Hitler was an anti-Semite, fascist dictator and mass murderer responsible for the annihilation of European Jewry. That millions of soap opera fans in India are now hearing and talking about a program with the name 'Hitler' on a daily basis is shocking. This is a terrible trivialization of a name freighted with the taint of the Nazi Holocaust,' he added.

The show has Rati Pandey in the lead role of 'Hitler Didi', who is a strict disciplinarian and has a no-nonsense attitude with her family.

ADL's objection to 'Hitler' was conveyed in a letter to Punit Goenka, Managing Director & CEO, and Subhash Chandra, Chairman of Zee Entertainment.

'Let's preserve the name 'Hitler' as a villain of incomparable evil and not trivialize his legacy or the Holocaust with a serial TV title. We strongly urge you to reconsider the choice of title and rename your show,' the letter read.

The programme, which went on air Nov 7 on Zee TV in India, is also being carried on the network's affiliates in other countries, including the US.

When contacted, the channel said it had not relased an official statement on the issue.

ropes 9 years ago i love u indira sharma you are very cute!

9 years ago superb chemistry between Indira-rishi. keep rocking. love u both

I sincerely wish you happiness, cheerfulness and success

Shamzi 9 years ago === rati may ALLAH bless u n give u lots of happiness n success in your life always may you continue to have great success, receive recognition that you deserve, and may no evil eye fall upon you amen…