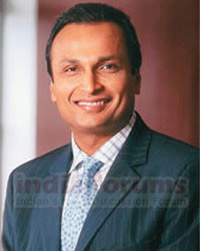 Featured Video
is the newest entry into the field of production with an investment budget of Rs 400-500 crores for the next two years. Named Big Motion Pictures Ltd., the house will be a subsidiary of Reliance Entertainment. The first film under its banner is expected to hit the market by the middle of next year.

On the lookout for big names in the industry, the house has already appointed Madhur Bhandarkar for directing three of its forthcoming ventures, while negotiations are still on with Sanjay Leela Bhansali.

It is reported that Adlab, the production house of the same group, will gradually be pulled out of business. ADAG will then go on to exhibition business, as well as, processing and distribution of films. The group is also planning to set up almost 700 retail outlets in 50 cities across the country for distributing DVDs and VCDs. Later, it will also take a plunge into the television broadcasting business, through a tie-up with some film or entertainment channel.

ADAG is expected to face tough competition from the likes of UTV, Percept Pictures and Yash Raj Films. And to cope up with it, the company has already hired a team of 40 experts. After all, leaving nothing to chance is half-success ensured.