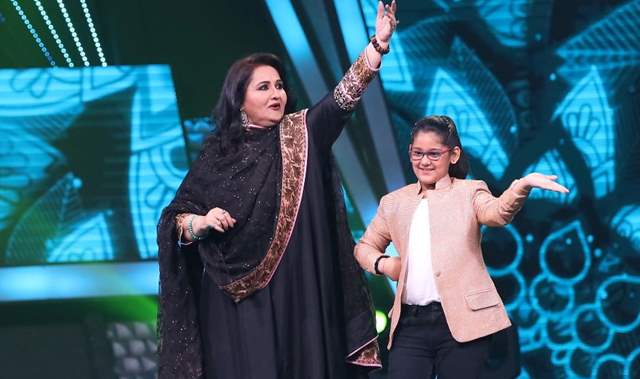 Week on week, Sony Entertainment Television’s homegrown kids singing reality show, Superstar Singer 2 has charmed their way into the audience with the spectacular display of India’s young singing prodigies. The forthcoming episode of Superstar Singer is going to be extra special as the yesteryear actress and timeless beauty, Reena Roy will be gracing the show. Celebrating the evergreen actress of the Indian film industry in the ‘Reena Roy’ special episode this Saturday, the contestants will pay a befitting tribute to Reena Roy ji as they will perform some of her iconic retro songs. Not only will the actress be overjoyed watching the contestants a.k.a the best bache ever perform but Reena Ji will also be seen sharing some interesting memories; Truly a mesmerizing evening indeed!

In the upcoming episode, the Mohali girl, Sayisha Gupta will be seen giving a power-packed performance on the song 'Jaane Jaan’ and ‘Disco station' which was lauded by everyone on the set. Not only this but, Reena Roy will be seen grooving on the song 'Disco Station' along with Sayisha and other contestants on stage. It will be a power-packed evening with lots of masti and fun for viewers.