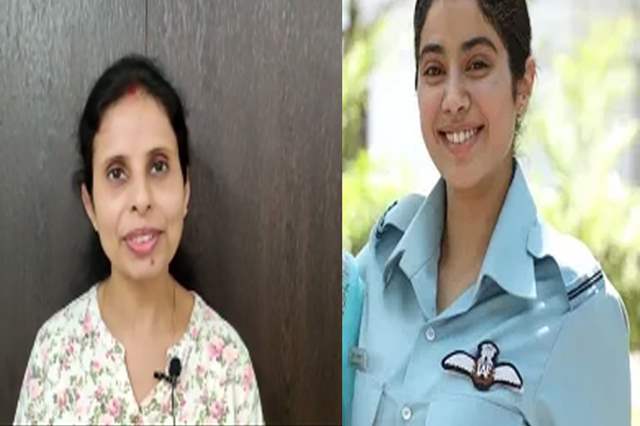 It is no secret that the past couple of months have been only about two things in general - the mysterious case of passing away of Sushant Singh Rajput and the other thing being the nepotism debate leading to major outrage amongst a range of people.

And in light of that debate and everything surrounding it, the Jahnvi Kapoor starrer Gunjan Saxena: The Kargil Girl recently released on Netflix.

Even though the film has managed to get positive reviews and critical acclaim, people seem to have not forgotten the aforementioned factor and seemingly expressed their disapproval on IMDb rating too. Another controversy surrounding the film popped up recently where Indian Air Force reportedly is not very pleased with its negative portrayal in the film. As per the reports, IAF has written a letter to CBFC expressing its displeasure. Amidst this, the real Gunjan Saxena has released a video saying that she is proud of the film.

The real Gunjan Saxena went on to share in the video that Dreams do come too and she is a lucky one. She further said that through the Indian Air Force, she got the opportunity to serve the nation. She then praises the team of Gunjan Saxena: The Kargil Girl who relentlessly worked for three years to put out her story.  She has captioned this video as, "Dreams do come true.... 'The only thing that will stop you from fulfilling your dreams is you' – Tom Bradley" tagging all the stars of the film.

Have you seen Gunjan Saxena: The Kargil Girl yet? Leave in your comments below.