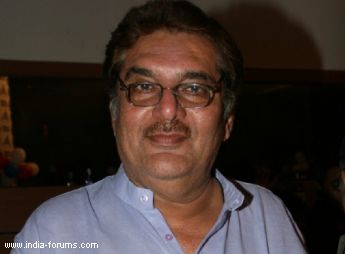 Veteran actor Raza Murad, known for playing negative roles in films, will be seen as Mughal emperor Shah Jahan in the TV show "Veer Shivaji". He feels the role will give him a chance to create a new image.

"I have worked on television and love the medium for its connect with the audience. I found 'Veer Shivaji' an interesting project as it showcases the life of the great Maratha warrior and takes you back to history," Raza said in a statement.

After keeping himself busy with regional cinema, especially Gujarati, Punjabi and Bhojpuri films, the veteran actor is upbeat about returning to the small screen and replaying a historical character.

"I will be playing Shah Jahan and will enter the show when Shivaji seeks his support to release Shahaji Raje from Adilshah's custody," he said. The show is being aired on Colors.

"I am now working on my look closely with the production team and I hope the audiences like my work. I have played many negative roles in films and television gives me an opportunity to break this image and portray another side of me," he added.

Ishan. 8 years ago I guess there is some mistake in tagging celebs. Why is Disha Vakani tagged here along with TMKOC ?

Intrepida 8 years ago Nice!! this should be interesting!

His character was aired yesterday, now interesting to know will Shah Jahan join hands with Shivaji so as to save Shahji Raje life from Adil Shah

sanw 8 years ago thanks for the infos
I wonder how long is raza's role!
yes Hunar has got a big one

Kangana Ranaut Vs Anurag Kashyap: Actress ‘Steps Back’ after ...
24 minutes ago