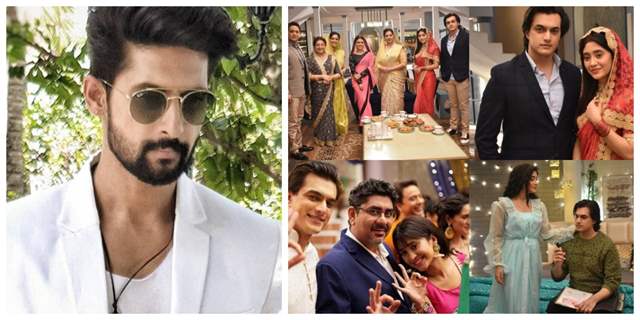 With the entertainment industry slowly resuming it's shoots, the fresh episodes of your favourite Television shows will soon be telecast on air. Star Plus' one of the most popular shows 'Yeh Rishta Kya Kehlata Hai' is all set to be back for the viewers once again with fresh and exciting storyline.

While the audience cannot wait for the show to be back on screen once again, even Actor Ravi Dubey is excited for it's return. Ravi shared that he has been watching the show as some serious issues are highlighted in it. He says, "Some serious issues are highlighted in your show and hence I have been watching the show. I urge everyone to watch this clean content."

The makers of various Television shows have begun their shooting while taking certain precautionary measures and maintaining social distances. Several pictures from the sets of the show YRKKH were also shared where we can see the actors and the crew taking all the safety measures.

The new episodes of 'Yeh Rishta Kya Kehlata Hai' will air from July 13 at 9:30 p.m. on Star Plus. So, are you excited to watch the new storyline? Do let us know your views on the same in the comments section below.

Breaking
Breaking Namish Taneja back on ‘Aye Mere Humsafar’ sets after ...
4 minutes ago

No Escape Plan for Rakul; To Appear for Questioning before ...
11 minutes ago

Deepika Padukone to Reach Mumbai From Goa in Charter Plan; ...
26 minutes ago

Bigg Boss 14: Tinaa Dattaa shuts rumours with a quirky ...
an hour ago