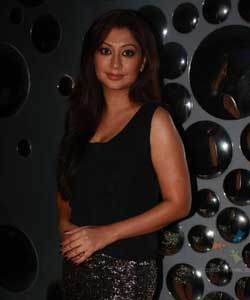 Ravee Gupta who was missing  from the small screen after her stint in Madhura Bandharkar's Antara (Sony Specials @10) is back in action with Adaalat.

According to our source,"Ravee Gupta will play a public prosecutor who will be pitched against K D Pathak (Ronit Roy)."

Ravee confirmed the news, "I will be playing the role of public prosecutor who is arguing against K D Pathak. There have been many public prosecutors like Gaurav Chopra, Maninee Mihir Mishra and Sayantani Ghosh. As of now I am coming in for an episode, but you never know,I might come back later on. I was not purposely on a break, but I just got busy with travelling and setting up my new house. I had initially got an offer from Contiloe Telefilms but couldn't take it up then. Now, when it was offered to me again, I readily accepted."

Ravee has already started her shoot and the episode will be aired next week.

+ 2
9 years ago Pratigya played by Rakshanda is my favourite!!!!!

Sweta Keswani and Sayantani Ghosh are good as prosecutors who share a good vibe with KD outside the courtroom!!!!!

+ 2
9 years ago Great one more PP..Lets see how well she performs in front of KD Sir...