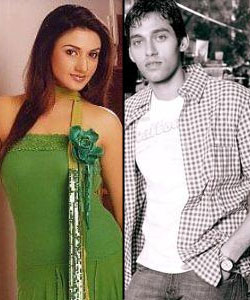 A couple of days ago, Tellybuzz exclusively reported about Ila Bedi Dutta producing a show for Zee TV under her company Trilogy Krikoi. To add to the buzz, we have scooped out some information regarding the expected title and the cast which are being considered for the show.

A little birdie from the industry informs, "The show focuses on the struggles of a working girl who handles her family and her profession together, and the show is tentatively titled as Hitler Didi."

We also hear that Rati Pandey of Jee Le Ye Pal fame and Sumit Vats who was last seen on Colors' Mukti Bandhan are approached to play the leads on the show.

While Rati Pandey remained unavailable, Sumit Vats positively asserts, "At the moment, talks are on for the role but nothing has been confirmed by the channel."

7 years ago Sumit and Rati r the most adorable couple..hope this news come back soon for season2

7 years ago Time flies so fast!!
How I wish this news comes back soon with a Season 2

KANE. 8 years ago @Sumit and Rati are the best
onscreen couple of
television [email protected]

JOHN-CENA 8 years ago Sumit and Rati are the best
onscreen couple of
television industry.------

inshiforever2 8 years ago --Sumit is an extraordinary awesome actor--