Actor Ranbir Kapoor is once again the center of attention as he prepares for his upcoming movie. Along with Rashmika Mandanna, the actor has been filming for Sandeep Reddy Vanga's Animal.

Since the beginning of filming, a few behind-the-scenes (BTS) images and videos from the Animal set have been making their way around the internet. Now the actress has released yet another set photo with the director and Ranbir's hand.

Rashmika Mandanna recently posted a photo on her social media account from the Mumbai set of the movie "Animal," where she is presently filming.

In the picture, Ranbir can be seen greeting people in Rashmika's style, 'The Korean heart' which she usually sees going around with the media. The photo also featured director Sandeep Reddy Vanga who is all smiles for the camera. The actress captioned the lovely picture, ‘@sandeepreddy.vanga and RK Both say hi.’

Ranbir and Rashmika will be seen onscreen together for the first time in this film. Unquestionably one of Ranbir's most awaited movies, "Animal" also features Anil Kapoor and Bobby Deol in significant roles.

On the work front, Ranbir will next be seen with his wife Alia Bhatt in Brahmastra Part One: Shiva. This film will be a litmus test for Kapoor, as it's mounted on a huge scale, and trade is having huge expectations with the film. 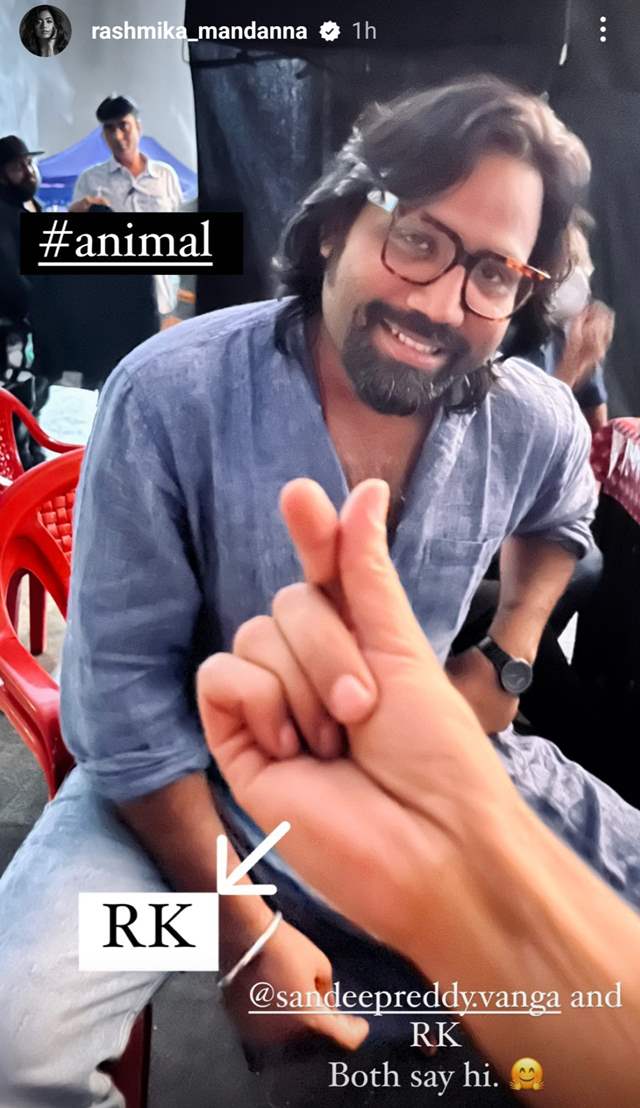 Meanwhile, Bollywood is eagerly waiting for Kannada and Telugu star Rashmika to make her debut. Apart from ‘Animal’, she is also a part of ‘Mission Majnu’ where she will be sharing the screen space with Sidharth Malhotra. The actress has also been roped in for Vikas Bahl’s ‘Goodbye’ which also stars Amitabh Bachchan, Pavail Gulati and Neena Gupta in pivotal roles. The film is scheduled to release on October 6. 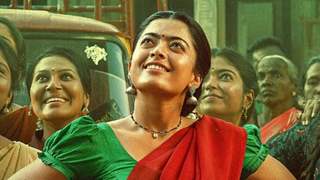 Did you know? Rashmika Mandanna's performance in 'Pushpa' bagged her ...

1 months ago Btw is Animal a thriller?

+ 10
1 months ago Best wishes to Rashmika, hope she makes big in BW

MsHolmes 1 months ago Rashmika is one beautiful girl!