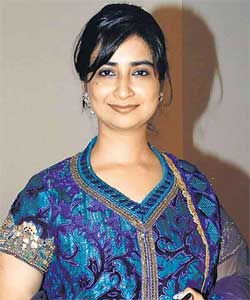 Yes the producer is all set to come up with a drama based show on Life OK.

TellyBuzz updates you more on this exclusive news.

According to our sources, "Rashmi Sharma's new show is all set to hit the small screens soon on Life OK. A pilot shoot has already been shot and the auditions for the lead actors is still on."

Elaborating more on the concept of the show our source says,  "The story is about a girl Mrinalini who is very close to her mother. Her mother believes in orthodox values and traditions who doesn't appreciate pre-marriage relationships. Following her mother's values, the girl doesn't gives her nod for a relationship. The concept will shed light on managing two vital relationships."

However, the title of the show  has not yet been finalized.

Well, this surely seems to be a different concept and something new which the viewers have never seen before on television.

silvermoonlight 6 years ago This sounds a lot like that show on Sony...Hum Hain Na

Shaina_b 6 years ago One more bakwaas show which will soon turn into a saas-bahu show!!!!