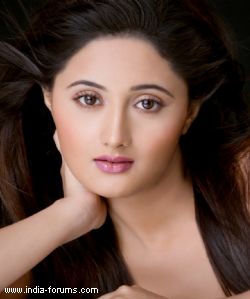 Seems like illness and acting go hand in hand for television actors.

After Urvara, Jay Soni and Tina Dutta, now we have Rashmi Desai who is down with illness.

A source says, "Like any other day, Rashmi was shooting for her show on Colors, Uttaran, when she suddenly felt sick. The condition was so bad that a doctor had to be called on the sets for her check up."

In fact, there was more tension seen on the faces of Nandish and Rashmi as they had already planned their trip to Canada. They are due to take off tonight to be part of the wedding of Nandish's cousin brother.

We tried calling Rashmi and Nandish, but all our efforts were in vain.

We hope their plans are not spoiled with Rashmi's sudden illness...

smilee17 9 years ago rashmi get well soon...
Wishing her a speedy recovery...

lara3110 9 years ago Hi Rashmi,
Please get well soon. You are a beautiful actress. I am currently watching Uttaran and enjoy your acting so much. Take care.

Rhimjhimsawan 9 years ago I hope she is doing better now. All these telly actors work all day, no wonder they get sick.

PemaKarpo 9 years ago Oh! Wishing her a speedy recovery! But what's wrong with whole unit of UT? First it was Rashmi's mother's heart attack, then Tina's illness and then the roof falling in Rashmi's green room and now this!?! And to top it all, apparently the lead ladies aren't the best of friend and oh not to mention Tina's continual tantrums and empty threats! I really feel sorry for the crew of UT! There must never be a single moment's peace!

Deepika Padukone Arrives at NCB, to be Questioned over ...
9 minutes ago