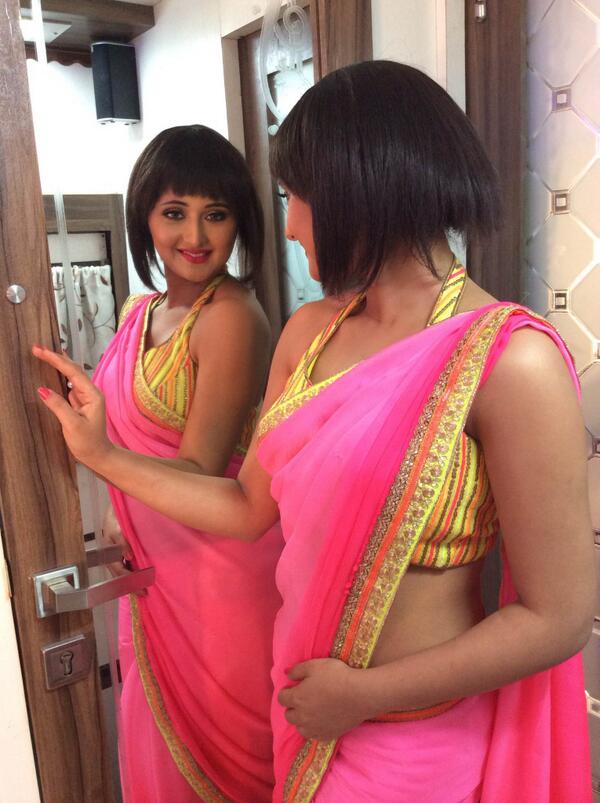 We got in touch with Rashmi to know about her experience and about her new look and she said,"It was an amazing experience being a part of this show. Kapil and his entire team is great. I had lots of fun with them. They are really talented."

Elaborating more on her entry she said, "Basically I will be coming as a customer at a hotel which is haunted. I can't say anything further about it as I don't to spoil the fun. You will enjoy when you will watch it in weekend."

Talking about her new look she avers, "I liked that look but only problem was the wig which I was given to wear. It was quite rough so it became quite difficult to give it a style. I can't say much as I am unwell. But enjoyed myself and we have finished shooting the act."

Earlier we had reported that TV's lovable couple Jay Bhanushali and Mahi Vij will be appearing on the show and as per our sources, "Jay Bhanushali, Mahhi Vij and Rashmi Desai Sandhu are the part of same act."

It seems that show Comedy Nights with Kapil is not only attracting Bollywood celebs but also Television actors.