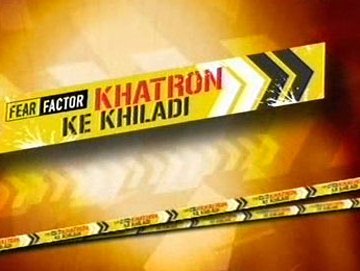 The fifth season of 'Khatron Ke Khiladi 5' will see Bollywood actors Ranvir Shorey and Rajneesh Duggal competing with other contestants on the action-adventure show.

The show has always had celebrities from the big screen hosting it. It has previously been anchored by Akshay Kumar and Priyanka Chopra. The fifth season of the action-adventure show will be hosted by filmmaker Rohit Shetty.

'Khatron Ke Khiladi 5' will be shot in South Africa and is likely to go on air in March-April on Colors channel.

+ 5
7 years ago love Gauahar!! all the best to her and Kushal! watching KKK5 just for them!

7 years ago All the best salman, can not wait to watch it, love u!

+ 2
7 years ago Waiting to watch Gauahar in another reality show. She is she focused and dedicated tht it's enjoyable watching her compete and give tough competition to others.

+ 4
7 years ago Gauhar and kushal :D...They are together again ...Honestly bored though I am a gauhar fan

9 years ago Have a very happy,healthy,prosperous,successful and fulfilling New Year. Wish you all the joy,success and happiness in your personal and professional life. Hope to see you very soon in a new show which gives you even more success,appreciation,recognition and popularity. May your personal life also be full of happiness and fulfilling.
You are a brilliant actor and great human being,who is so humble,down to earth and genuine.You deserve best in everything and I hope and pray that all your wishes come true in 2012. Loads of love and good wishes :)

bhakti99 9 years ago hey GC, we love u prince from the bottom of our heart!!!
u r the world's most hottieee,handsome,sweet,cute,talanted with brain, down to earth,amazing human being,awesome,outstanding,terrific actor,pure heart, soul of ghsp, n the most important JAAN Of WE FANS...
words are too less to explain UR wonderful personality prince!!!

10 years ago thank for the awesome articles