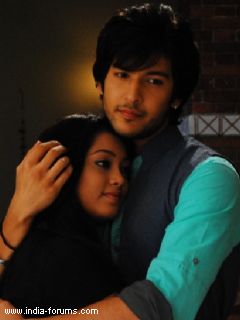 It's time for a big revelation in Beyond Dreams' popular show Veera on Star Plus as Ranvi will come to know about Veera being an illegitimate child. Ranvi will get shattered to know about this truth and will be highly saddened to know about the same. The audience will witness a high voltage drama in the upcoming episodes of the show.

According to the ongoing track of the show, we have seen that Ranvi gets shocked to know that Ratan has already fixed his marriage with someone else. But he courageously decides to tell Ratan about his feelings for Gunjan (Farnaz Shetty). Ranvi's family visit Gunjan's house for Ranvi's marriage proposal which makes Baldev (Vishal Vashishtha) furious on them.

Our source says, "In the upcoming track of the show, tough times are knocking at the doors for Ranvi. Though Baldev and Bansuri reject Ratan's proposal for Ranvi's marriage with Gunjan but Balwant leaves the decision on Gunjan. On the other hand, Gunjan gets to know the truth that Veera is an illegitimate daughter of Sampooran (Sudhanshu Pandey). Eventually, Veera and Ranvi too come to know that Ratan is not the mother of Veera; she is Amrita's (Aastha Chaudhary) daughter."

When contacted Shivin, he said, "Ranvi is shattered to know about this truth. Viweres will see a highly intensified in the coming episodes of the show."

Will this truth affect the relationship between Veera and Ranvi? How will they react knowing about this truth? The upcoming track of Veera will unfold the answers to these questions.

dilkhushme 6 years ago Did'nt Ranvi come to know that Veera is not his sister when they were young. Or maybe they are specifically talking about her being the "step sister" part. Though I really want both Baldev and Ranvi to know that it was all done by Gunjan. I want both of their reactions. And Ranvi, I really hope that he'd priortise his justified anger on Gunjan for hurting his most important person than his love for Gunjan. Fabulous job so far. Go team Veera ! \(^_^)/

cutegalz 6 years ago veera is very interesting ... love this show and the entire cast

adoremevirgo 6 years ago i dont understand...ranvi already knows that veera is his stepsis...wen they were kids he came to know of it and so he neglected veera for few days...but yes that she is illegitimate that he will come to know...but he shud hv guessed because he knows that they hv same father but not same mom...

khan_ 6 years ago Sneha wagh..love you waiting for the track

cherryberry293 6 years ago There will be lot of high voltage drama.
But I have already heard this news... As usual india-forums is very late in giving this news...

Donald Glover Reveals Birth of Third Son with Partner ...
a minute ago