View Profile
Ranveer Singh's Dubsmash video to Pakistani singer Taher Shah's song "Eye to eye" is a hit online. The actor, who is known for his distinct sense of humour, has surpassed 1.9 million views on Facebook. 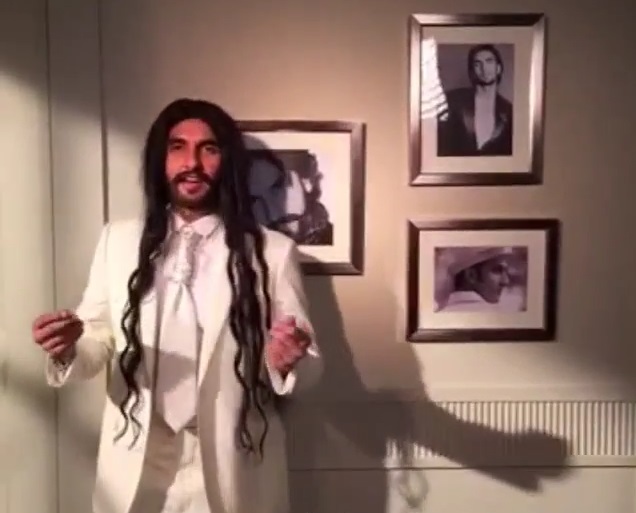 The actor took his fans by surprise with his video, which he shared with his online fans on July 13. The video was made in response to Hrithik Roshan's birthday tweet for Ranveer, in which the "Bang Bang" star shared the music video of Taher Shah's original song and expressed his wish to see him "outdo it".

"Happy happy @RanveerOfficial this especiall 4 u on ur birthday day..One day I want u to outdo this," Hrithik wrote on the microblogging site along with a link of the music video.

As a response, Ranveer shared this tweet along with a link of his Dubsmash video: "I may never be able to outdo it... But I can at least try :) only for you @iHrithik cuz I luv ya. #eyetoeye".

This video took cyberspace by storm as soon as it went viral and crossed 1.9 million views on Facebook as of Wednesday.

This is the second time Ranveer has broken the internet in response to a dare by Hrithik.

The actor was last seen in Zoya Akhtar's "Dil Dhadakne Do" and will next be seen in Sanjay Leela Bhansali's period film "Bajirao Mastani".

Dubsmash is a mobile app which allows users to create short selfie videos dubbed with famous sounds, and its popularity has grown, with celebrities like Alia Bhatt, Sonakshi Sinha and Priyanka Chopra getting into the act.